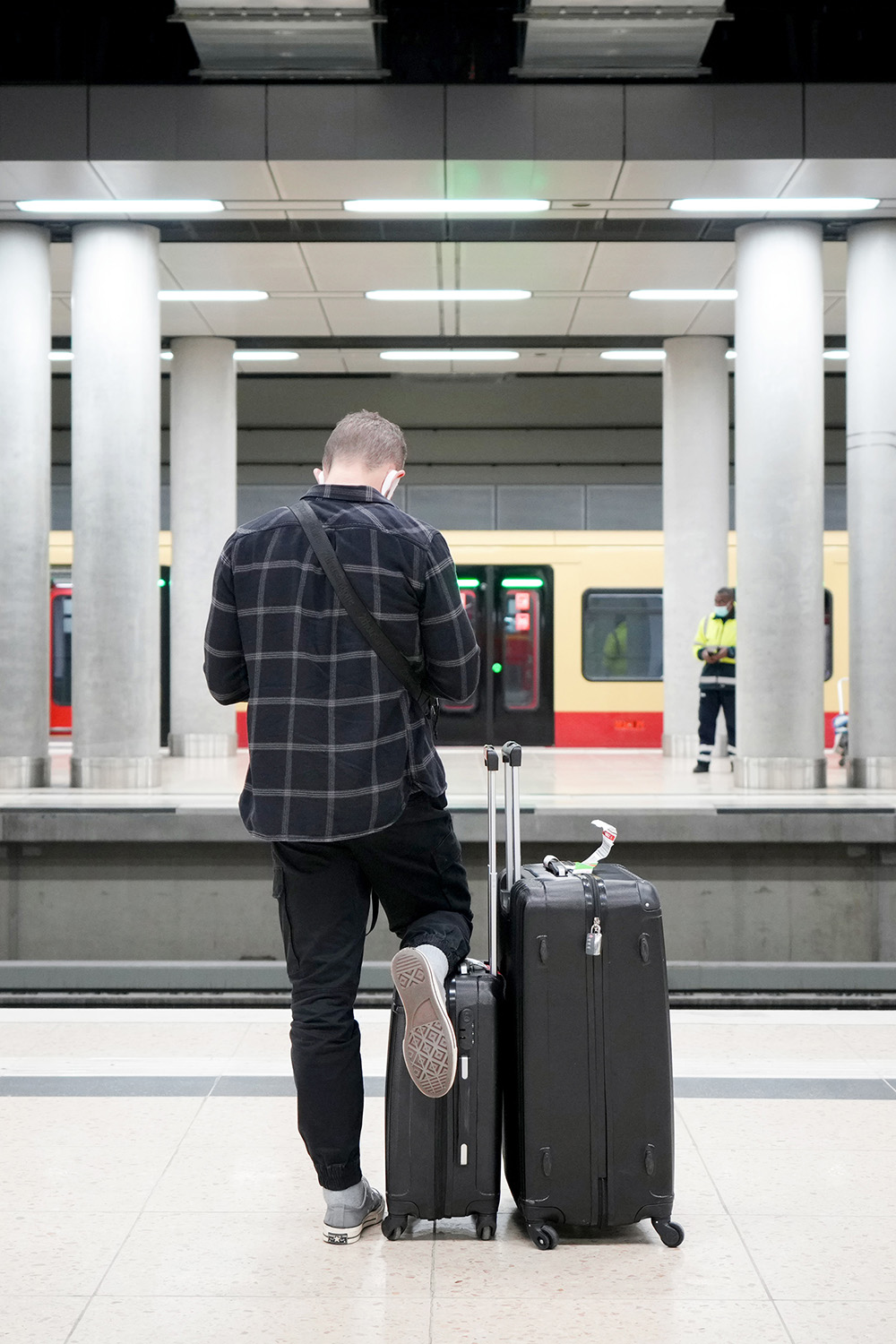 The airport’s connection to regional and suburban rail services will be limited in April due to construction work. Please be aware that there will be deviations from the usual timetable – plan extra time if necessary. Both regional train services and suburban rail connections (S-Bahn) are affected.

Due to measures and obstructions on the Berlin Stadtbahn city railway,

Due to measures on the Berlin Stadtbahn city railway,

Due to measures on the Berlin Stadtbahn city railway,

Please use the transport companies’ or VBB's platforms for detailed information and timetables.