Tips for a relaxed family trip

For you and your family

Travelling with children and the whole family can be challenging, especially with many open questions. We will inform you about your options to make your trip easier and your stay at the airport more pleasant.

A range of facilities and services can be found at BER to make your journey by air a pleasant experience for both you and your children. Cut down on waiting times at the airport and discover the exciting world of flying together. Schedule in more time for getting around the airport and check-in with your child. Each individual requires their own travel document. The type of document depends on the destination. Please contact the embassy or consulate of your destination country as to whether you require a passport, child ID or ID card.

Ten tips for flying with children

Children alone on board 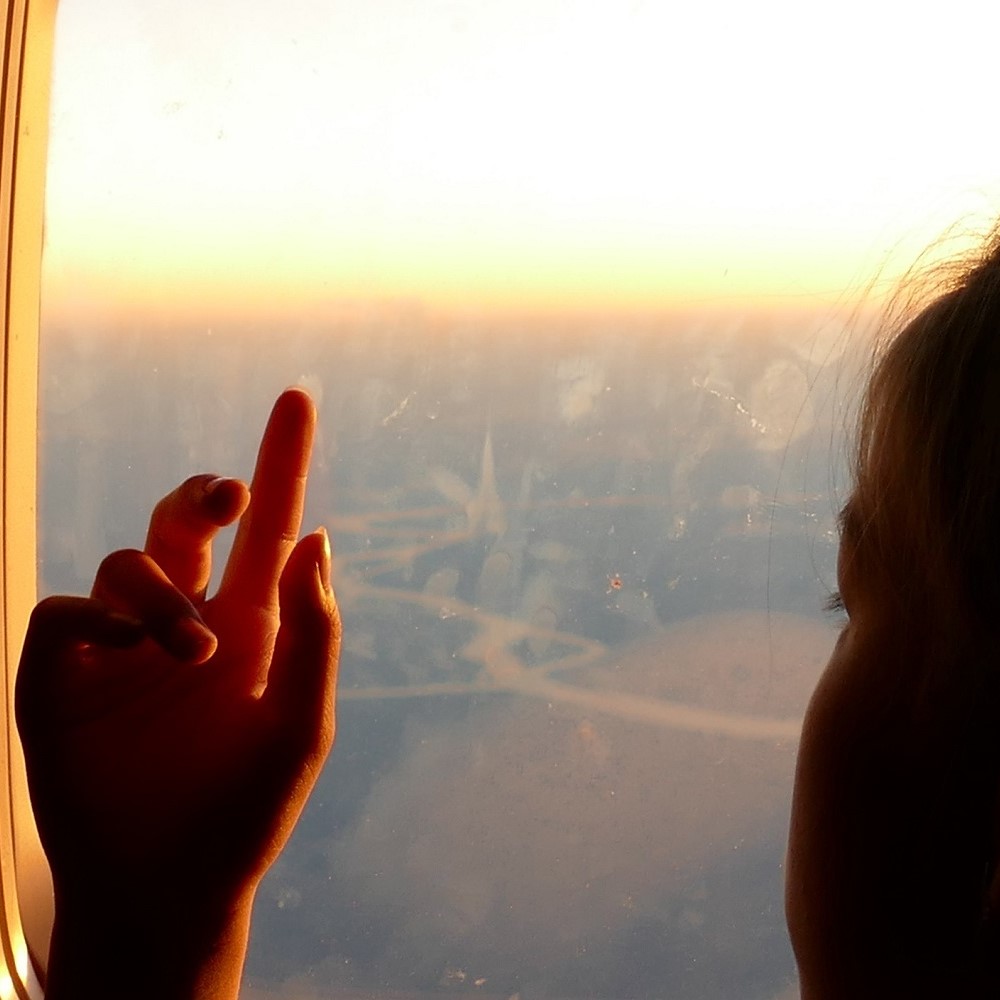 Flying alone as a child? This is often the only option if mum, dad or important caregivers live far away. Many airlines even make it possible for small children to fly alone by providing special care. Good preparation helps so that your child knows what to expect during their journey.

Individual airlines have different regulations as to the age at which children may travel alone. Most airlines allow children aged twelve and elder to fly unaccompanied. Five- to eleven-year-olds may only travel alone if they use the fee-based care service provided by the respective airline. Some airlines (e.g. Lufthansa) offer such care up to the age of 17 if this is requested by the parents or children. However, not all airlines, including many low-cost airlines, offer a special service where a member of staff accompanies the child. If there is no special service, children may actually only board the aircraft from the age of 16 (e.g. easyJet, Ryanair).

Some airlines do not allow tickets for children travelling alone to be booked online. If this is the case, you can book via the travel agency or the airline's Service Center or at the ticket counter. You must check in your child yourself before departure.

Please check with your airline in advance about the support service, as there are different regulations here as well. Essentially, the care service is responsible for the children before take-off, during the flight and after landing. Before departing, your child is usually handed over to the airline before the security control.

Children who transfer to another aircraft at BER will be collected from the aircraft and looked after by airline staff until their onward flight departs.

These documents should be carried by children travelling alone during the flight – preferably well packed in a neck pouch:

It is best to pack the child’s baggage for the hold and their hand baggage with them. The child should carry their own hand baggage. It is important to observe the dimensions specified by the airline. Please pack warm clothing (for if it gets cold in the plane), snacks, some pocket money, a familiar toy and, if necessary, your child's mobile phone or tablet in their hand baggage. If your child has to take medication, it is advisable to provide a medical certificate in addition to the medication.

What to do with the buggy

The question of how to proceed with the buggy and other bulky baggage often arises. Find answers to your questions.

Right behind the marketplace, parents will find seating and always have their children in sight. Together they can watch the activity on the apron. 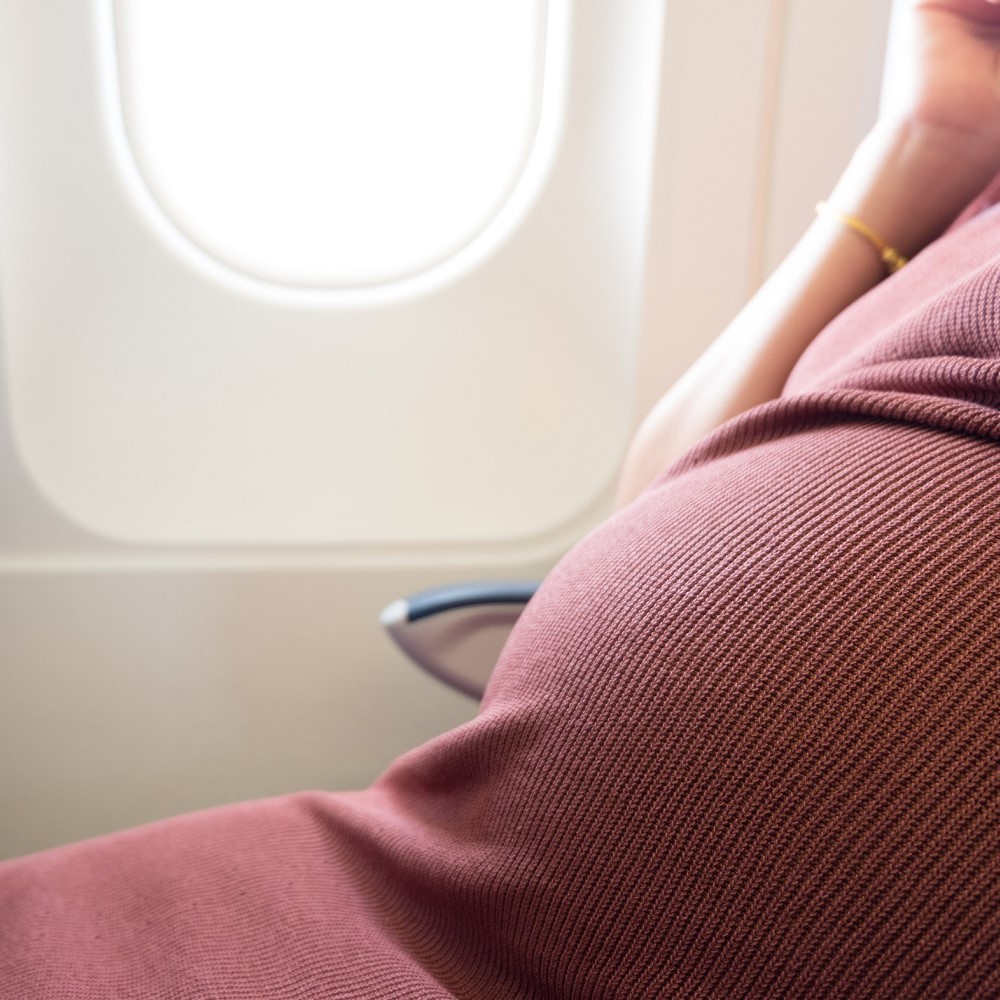 You would like to fly during your pregnancy? Enjoy a final holiday as a couple before your family life begins and everything changes? Why not. For women, whose pregnancy has no complications, flying is mainly unproblematic.

In a pregnancy without complications, flying poses no increased risk to health. If you feel generally well and healthy then there is nothing to stop you from flying. However, it is best for you to consult a gynaecologist before beginning your journey.

You can find information about the different travelling conditions for the pregnancy with your airline. Most airlines will fly pregnant women up to the end of the 36th week of pregnancy. This is also the case for the return flight. From your 28th week, you should bring a doctor’s certificate of airworthiness. Do not forget your maternity log, to serve as proof of your stage of pregnancy.

For pregnant women with cardiovascular problems, anaemia, fear of flying and tendencies towards premature births and miscarriages there is a higher health risk and therefore restrictions when flying. Medical advice is especially important in these cases. With twins and multiple pregnancies, it is only possible to fly until the end of the 32nd week with most airlines.

Many doctors advise against flying in the first 12 weeks, as during this time the embryo is implanting and not yet entirely stable. At the end of the day it is the pregnant woman herself who must go with her “gut feeling” concerning whether she would like to fly during this time. Expecting mothers usually find the second trimester the most comfortable time to travel. The weeks of morning sickness are over and the belly is a manageable size: a good time to fly.

The shorter the flight time the better. In this way you can avoid sitting for a long time and the associated risk of thrombosis. Many destinations in Europe lie within one or two hours of Berlin. If you would like to fly further away, compression stockings are recommended to counteract the risk of thrombosis.

You should also pay attention to the arrival conditions of the destination country and the medical provisions there. Some countries don’t allow expecting mothers to travel after a certain week of pregnancy.

Of course, you are familiar with the sudden hunger attacks that happen during a pregnancy. Pack some snacks like dried and fresh fruit or nuts. Plan for any unforeseeable waiting time due to delayed take-off or landing. Your hand baggage should also contain your maternity log and possibly needed medication. Please be aware that only liquids up to 100ml in a sealable 1 litre plastic bag may be brought on board.

Save time and check in in advance online with your airline. You can then comfortably choose your seats. Choose a seat in the first row or aisle. The airport company recommends that all passengers arrive at the respective terminal 2.5 hours prior to departure and proceed to the security check immediately after check-in. With some airlines you can check your bag in the night before with early flights. Wear comfortable clothes to travel in and, as the case may be, pressure socks against thrombosis.

Drink plenty of water, unsweetened tea or fruit juices. During the flight, stand up every now and again to have a little walk. Put your hand baggage in the overhead compartment so that you have room to move your legs. Place your seat belt under your belly.

Consult your gynaecologist before your planned trip. Once you get the green light, you are free to fly away on holiday! 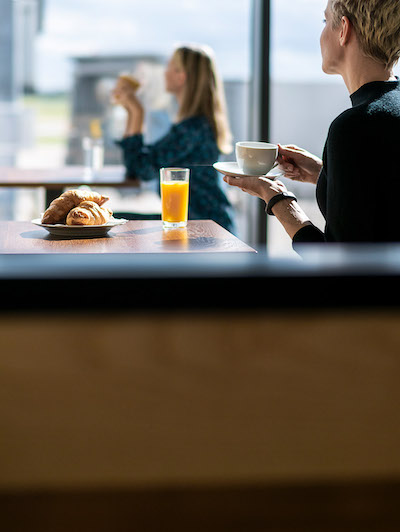 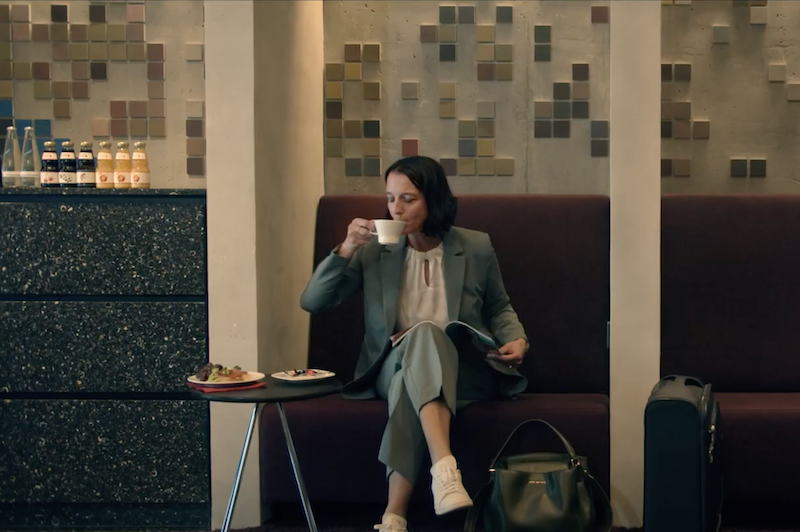 What to consider when flying under corona conditions. 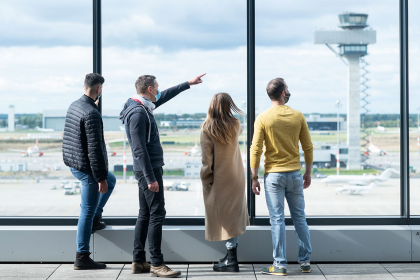 Due to weather conditions closed until 31 December 2022. 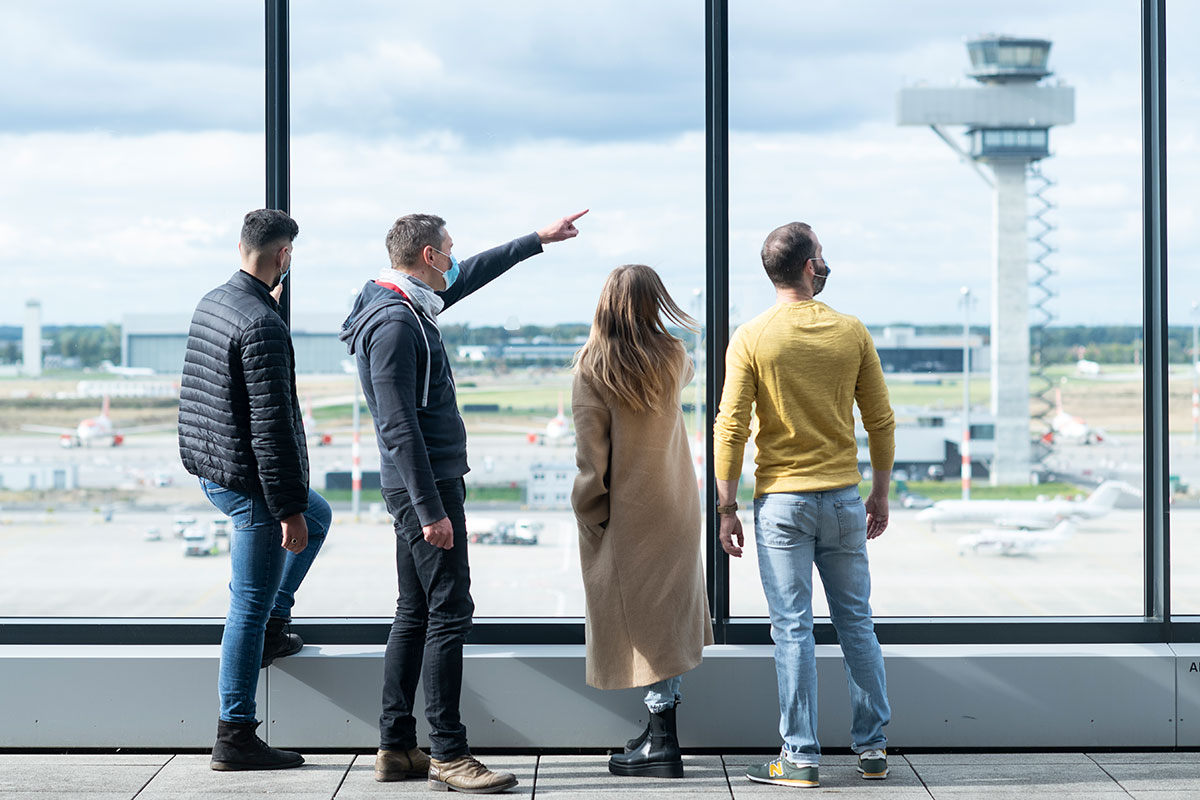