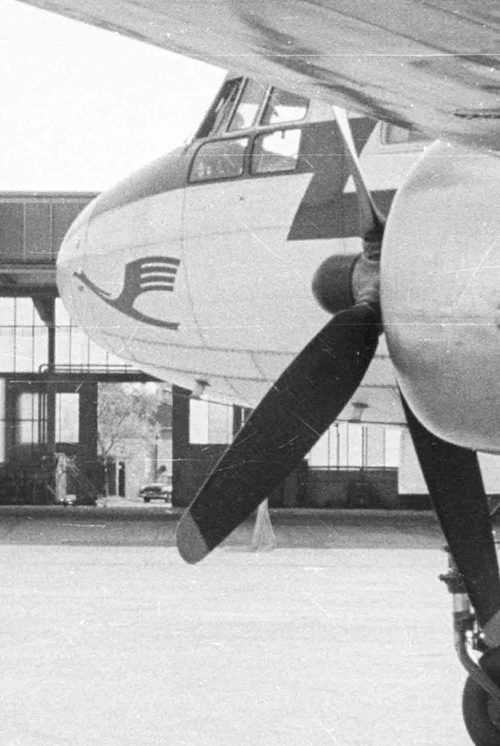 A walk through the history of aviation

You can take a stroll through Germany’s aviation history at Berlin Brandenburg Airport. The roads and squares are named after figures from the world of aviation and the post-war chancellor Willy Brandt, who lent his name to the airport.

Brunolf Baade is regarded as the father of the aviation industry in the GDR. Until 1945, Baade was a designer at Junkers Works in Dessau. After returning from the Soviet Union, he developed jet planes in Dresden. His chief merit was the construction of the world's first four engine jet plane, the 152. On its second flight, the jet crashed in March 1959. Due to the lack of anticipated commissions from the Soviet Union, aircraft development in Dresden ceased in 1961. The dream of medium-haul aircraft „Made in GDR“ was shattered.

Amelie Hedwig “Melli” Beese was the first female German pilot. Even as a small girl, she dreamt of flying. At the time, people were heavily prejudiced against a woman in the cockpit of a plane. Nevertheless, she completed her pilot’s training and opened her own flying school. Her dream of flying around the world was shattered when the First World War broke out. She was banned from flying and forced to close her flying school. Her husband was French, so she was considered an enemy alien. She committed suicide in 1925 at the age of just 39. 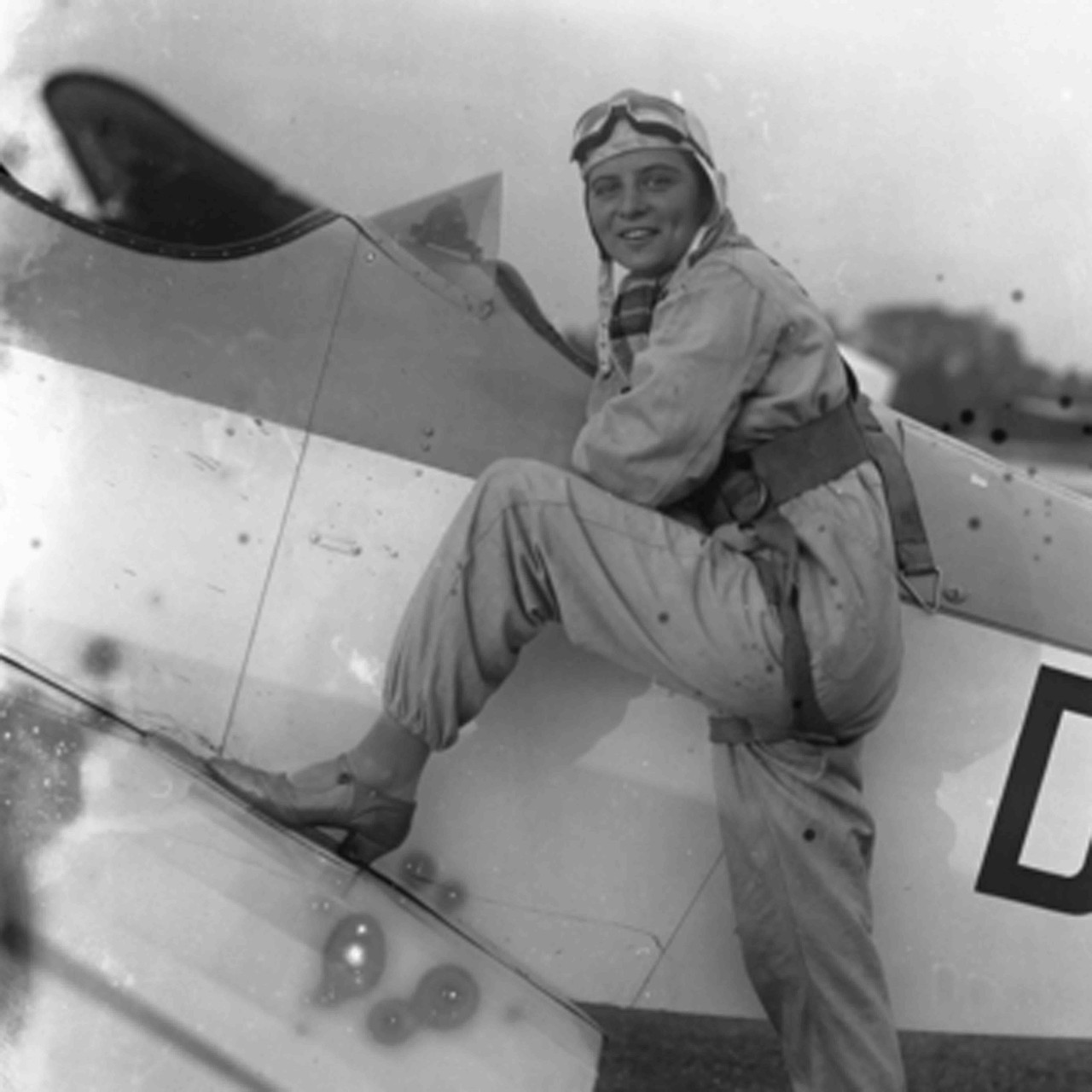 Elly Rosemeyer-Beinhorn was a famous pilot. Known as “Germany’s boldest woman”, she set countless long-distance records in the 1930s, including one for a 7,000-kilometre solo flight to Africa and another for circumnavigating the globe.

Her passion for flying was sparked in 1928 when she heard a speech by the pioneering pilot Hermann Köhler about the first Atlantic crossing from east to west. As the daughter of a businessman from Hanover, she gained her pilot’s licence at the age of 21 against her parents’ wishes. She bought herself a small plane (a low-wing monoplane) with her savings. 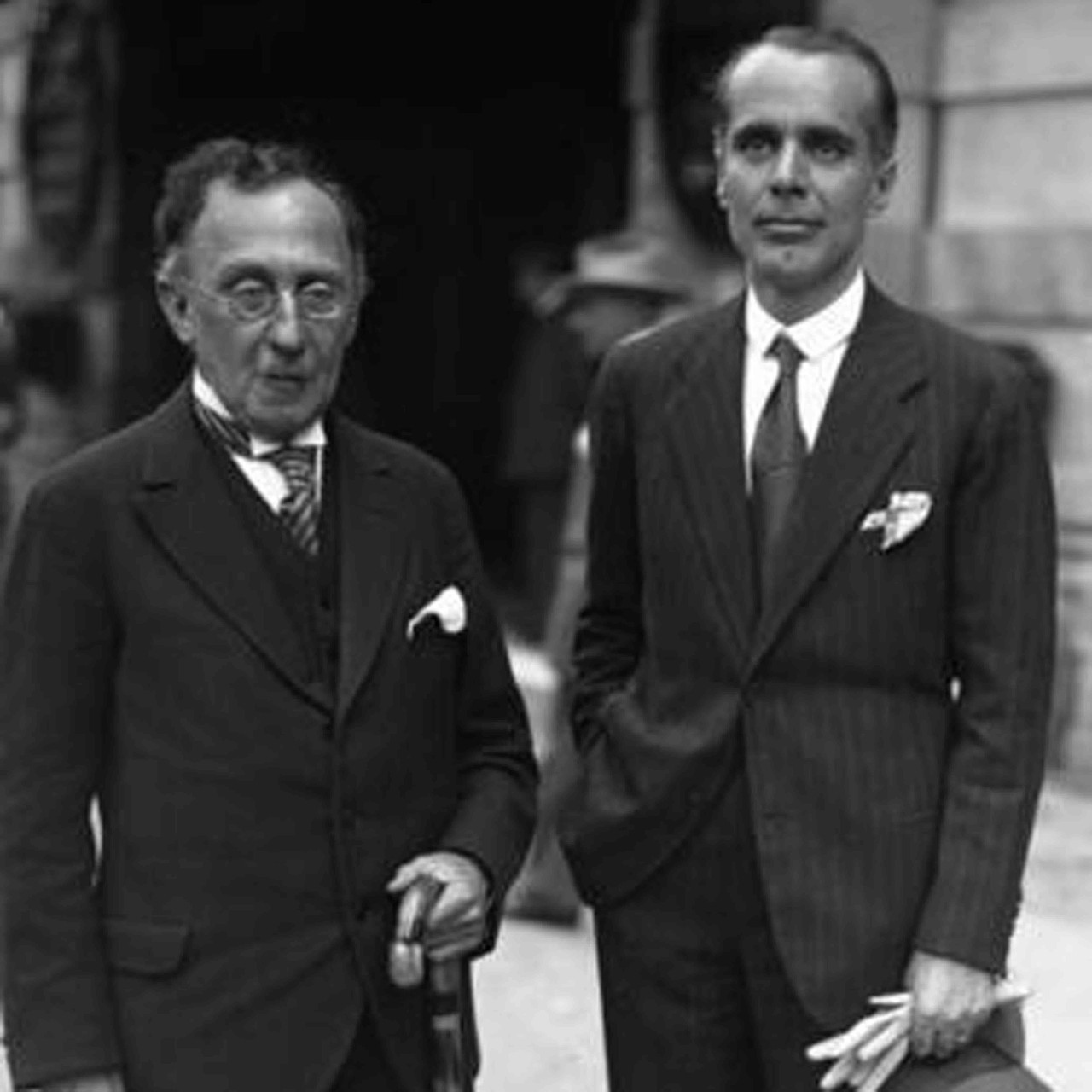 Arthur Berson was a German meteorologist and a pioneering aerologist. He set a German track record as a balloonist in 1894, flying from Berlin to Denmark in 18 hours and 35 minutes.

Berson completed several spectacular balloon trips to research the Earth’s atmosphere. Amongst other things, he was the first balloonist to successfully cross the Baltic Sea. Berson saw meteorology as the physics of the atmosphere. He worked at the aeronautical observatory in Berlin-Tegel and the observatory in Lindenberg. 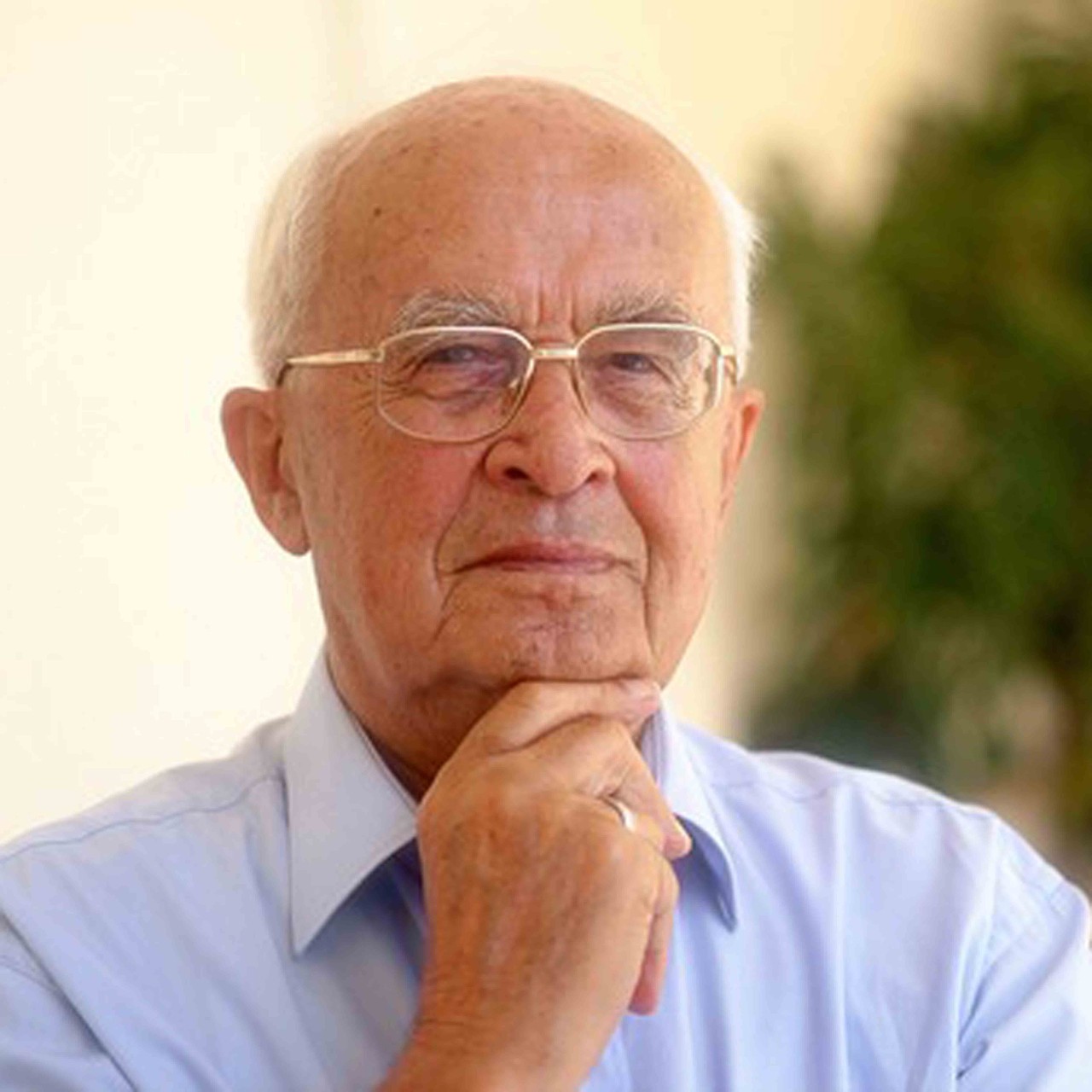 Ludwig Bölkow played a key role in shaping aviation history as an engineer and businessman. While building helicopters and aeroplanes, Bölkow was active in the space flight and defence industries as well.

He established the aircraft maintenance facility Messerschmitt-Bölkow-Blohm (MBB), which later became part of the aerospace and defence corporation EADS. Bölkow developed the Bölkow Bo 105 helicopter, which is still used as a rescue and police aircraft. 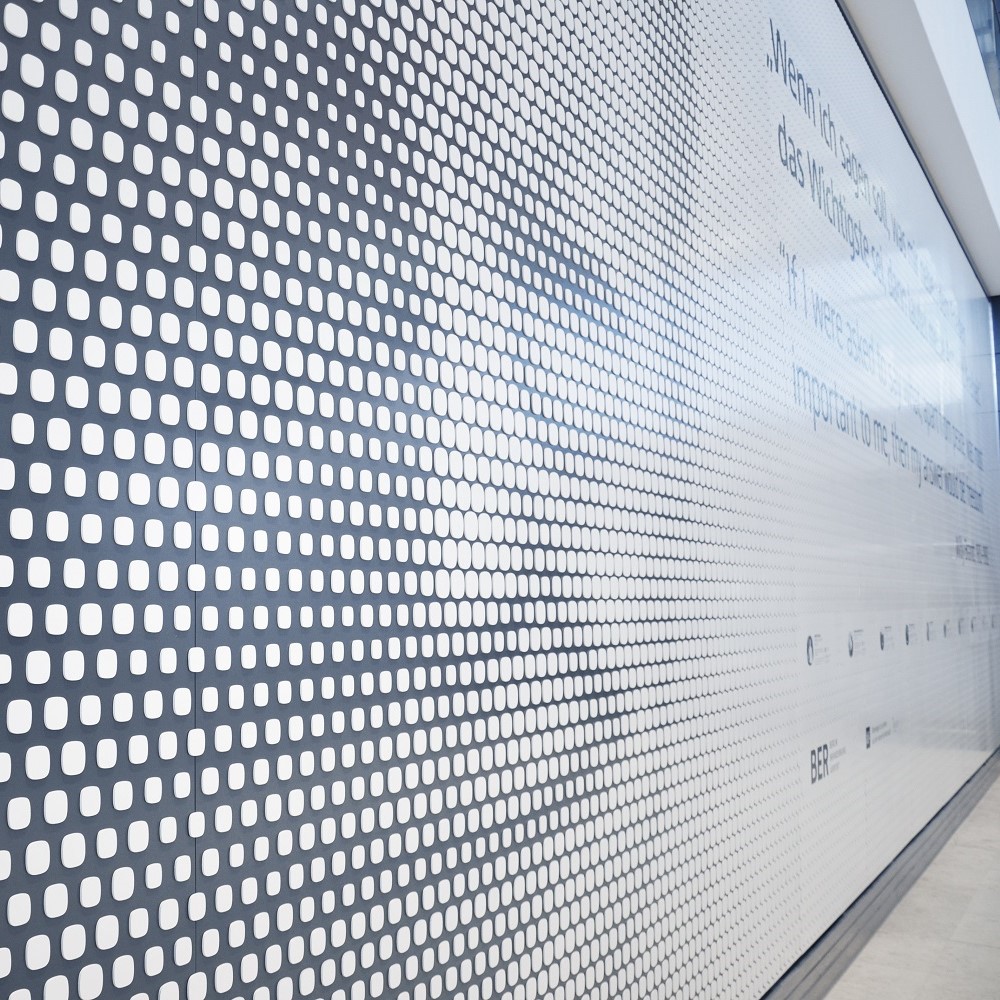 Namesake of the BER

Willy Brandt as "leading figure in the unification process" was committed to peace, democracy and human rights. Learn more about the face behind BER.

Willy Brandt as namesake of the BER 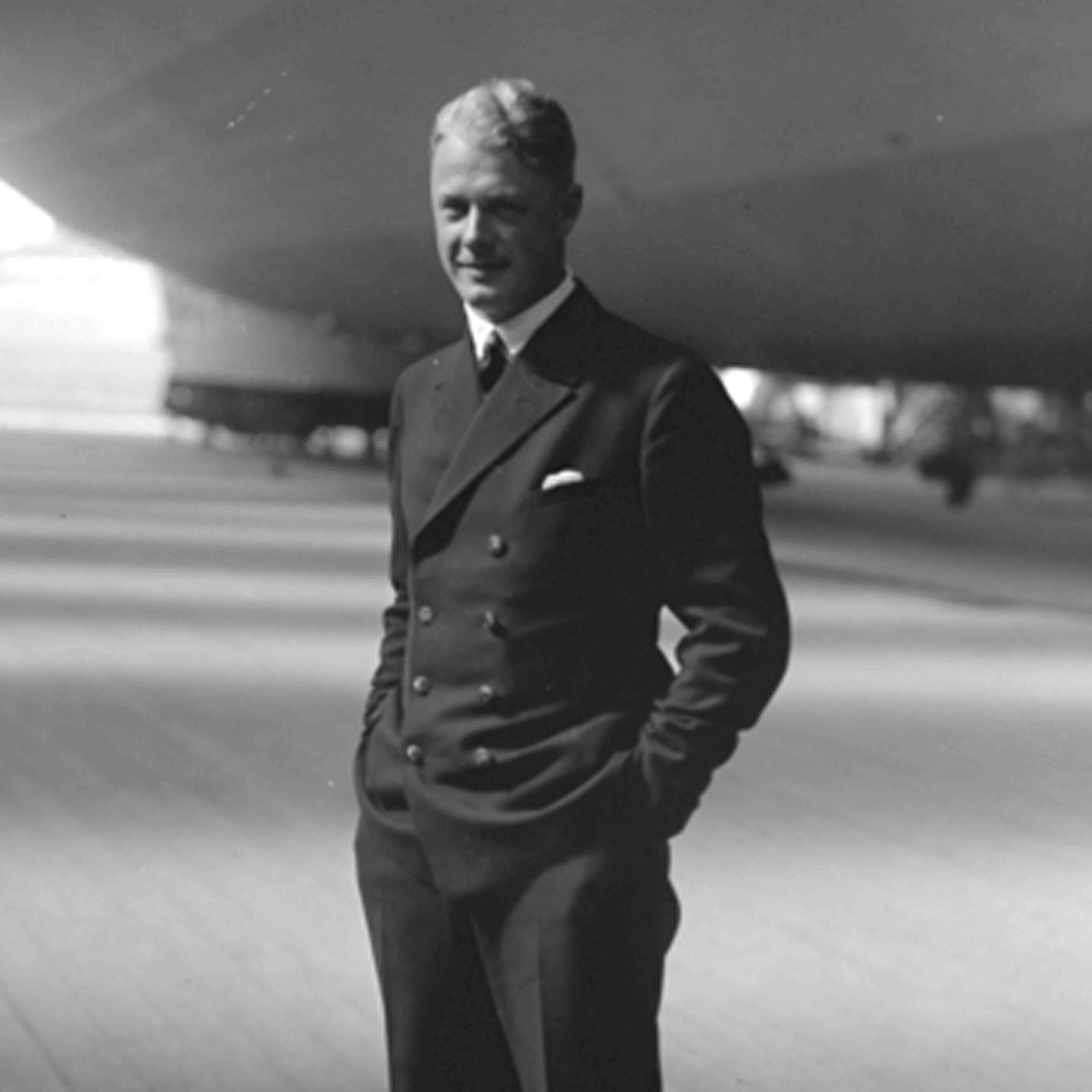 Hugo Eckener was a German airship pioneer. An encounter with Count Ferdinand von Zeppelin changed his life forever. Following the count’s death, Eckener became Manager of the Zeppelin works. In 1924, he succeeded in completing one of the first non-stop flights across the Atlantic with a Zeppelin airship.

With his spectacular flights around the world, he came to symbolise airship travel. In the 1930s, he introduced regular, scheduled flights to North America with the Hindenburg. Eckener recorded his experiences in his autobiography “My Zeppelins”.

Oskar Erbslöh was a German pilot. His short life centred primarily on his passion for flying. As the son of a businessman, he gathered his first experience of ballooning at the age of 25. He subsequently took part in both national and international balloon races. In 1908, he founded Rheinisch-Westfälische Motorluftschiff-Gesellschaft, a manufacturer of engine-powered airships. The dirigible balloon Erbslöh was built here. The airship crashed during a test flight, killing Oskar Erbslöh and the four other passengers. 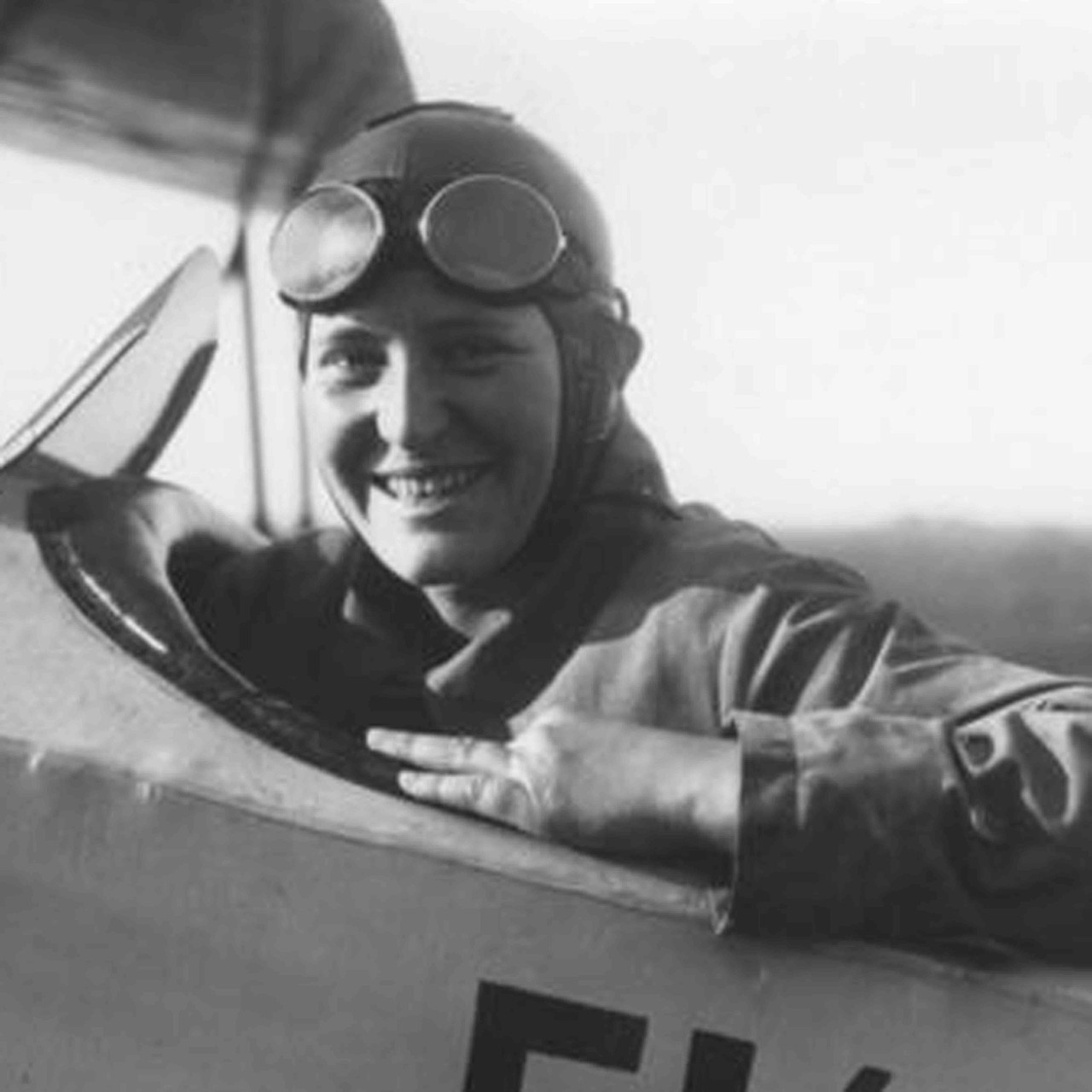 Margarete von Etzdorf was the second German woman to be awarded a pilot’s licence. She became the first woman to be hired by Deutsche Lufthansa as a co-pilot.

She bought her own plane in 1930, which she christened “Kiek in die Welt“. In it, she completed solo and long-distance flights to Istanbul, Madrid and Tokyo. She was the first woman to fly solo to Japan, completing the trip in 11 days. She crashed on the flight home and had to spend several months in a Bangkok hospital. When her solo flight to Australia failed in 1933, she committed suicide. She was just 25. 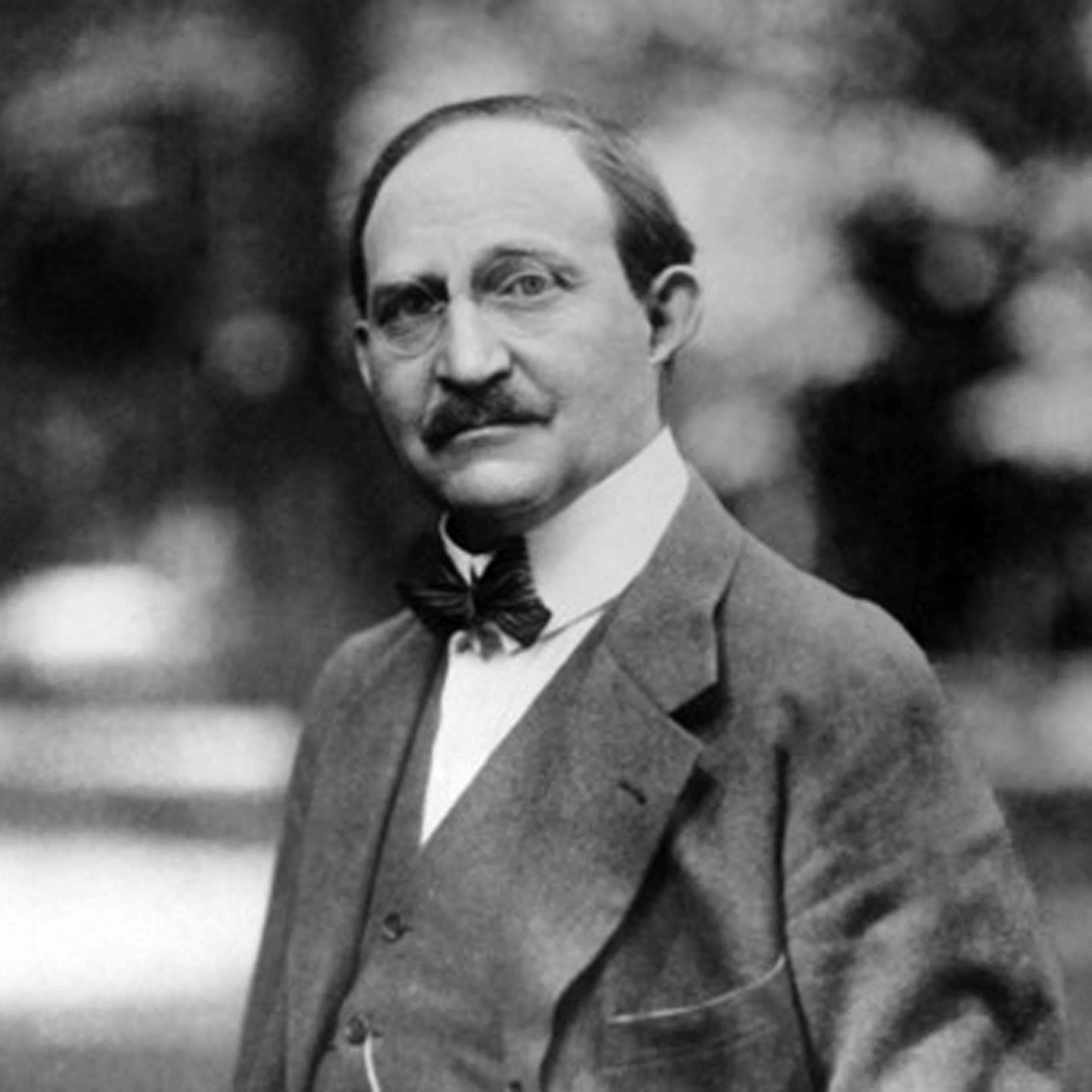 August Heinrich Euler was a permanent secretary in the German Department of Aviation and an aviation pioneer. He was the first German pilot to be awarded the “Germany No. 1” pilot’s licence.

Euler established the first German factory for engine-powered aircraft near Darmstadt. He also opened an airfield in Frankfurt. This served as the starting point for the first official postal flight to Darmstadt, piloted by Euler. After the Second World War, Euler became Director of the newly established German Department of Aviation. As its permanent secretary, he drafted the first air traffic regulations and introduced airline licensing. 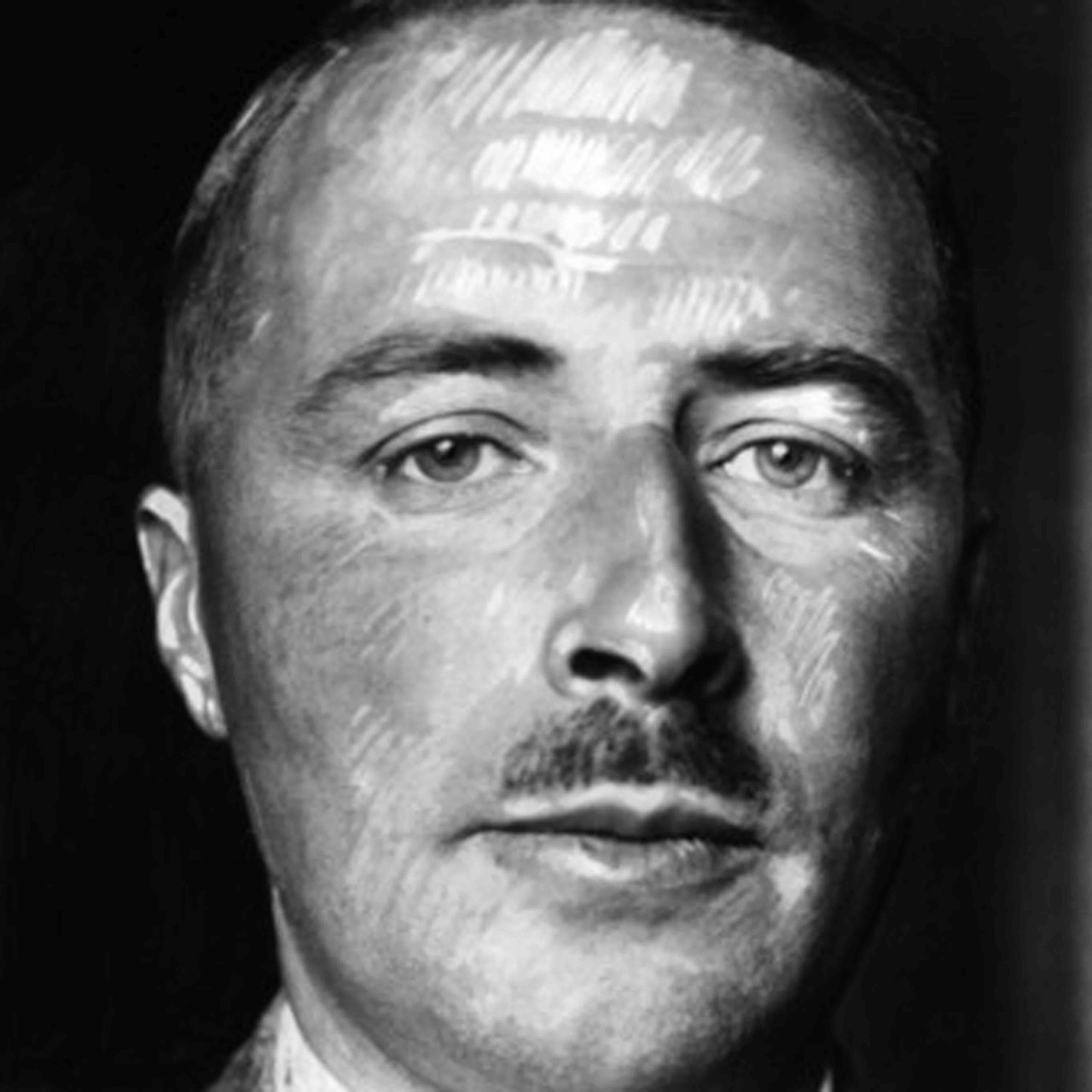 Henrich Focke made his name building aeroplanes and helicopters. As the owner of the Bremen-based firm Focke-Wulf Flugzeugbau AG, he was responsible for serial production of Focke-Wulf light aircraft.

A number of airlines successfully used these planes. Focke also gained fame as the father of the helicopter: the first helicopter developed by him took off in the 1930s. Later, the Bremen-born aircraft designer developed a transport helicopter for use as a rescue vehicle and to monitor traffic. 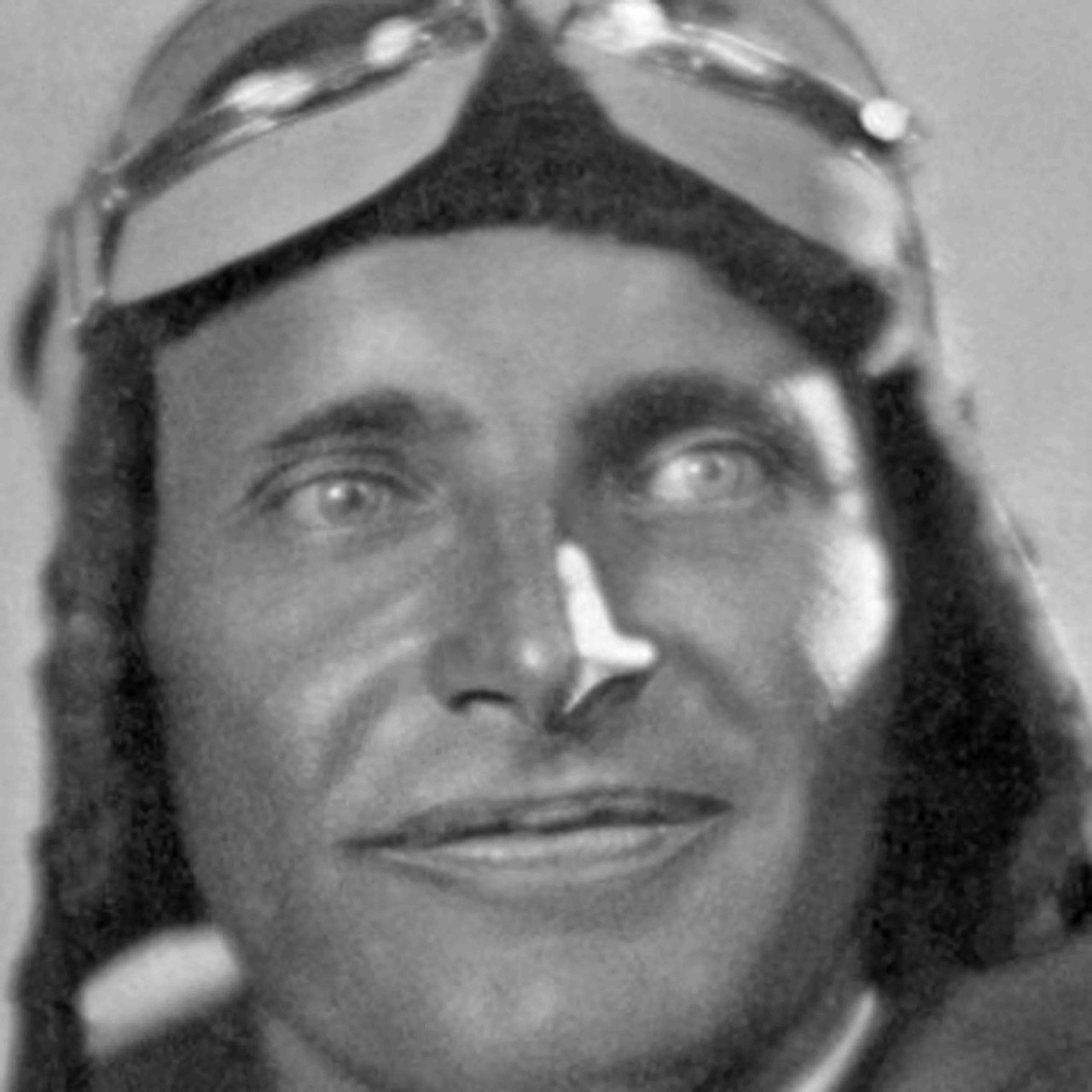 Wolfgang von Gronau was a German aviation pioneer. He made the first attempt to fly across the North Atlantic from the island of Sylt in 1929, but it ended in failure.

One year later, he completed the feat: after stopping off in Iceland, Greenland and Newfoundland, Gronau landed on the Hudson River in New York “just” 47 hours after taking off. He thereby proved that aeroplanes were viable for travelling long distances. Another major achievement was his circumnavigation of the globe in the two-engine seaplane Dornier-Wal, starting and ending in Sylt.

Fritz Horn was a pilot and aviation manager. His career took him all over Germany – from the factories of AGO-Flugzeugwerken in Berlin-Johannisthal to the airline Lloyd Ostflug in Königsberg and Junkers in Dessau. As manager of the aircraft maintenance facility in Gdansk, he helped to establish the Gdansk-Warsaw-Lemberg route. In 1927, he accomplished an astonishing achievement for an airliner by flying at an average speed of 140 km/h in a Junkers plane. From 1955 until 1959, he was Director of Flight Operations and Flight Safety at Berlin-Schönefeld Airport. 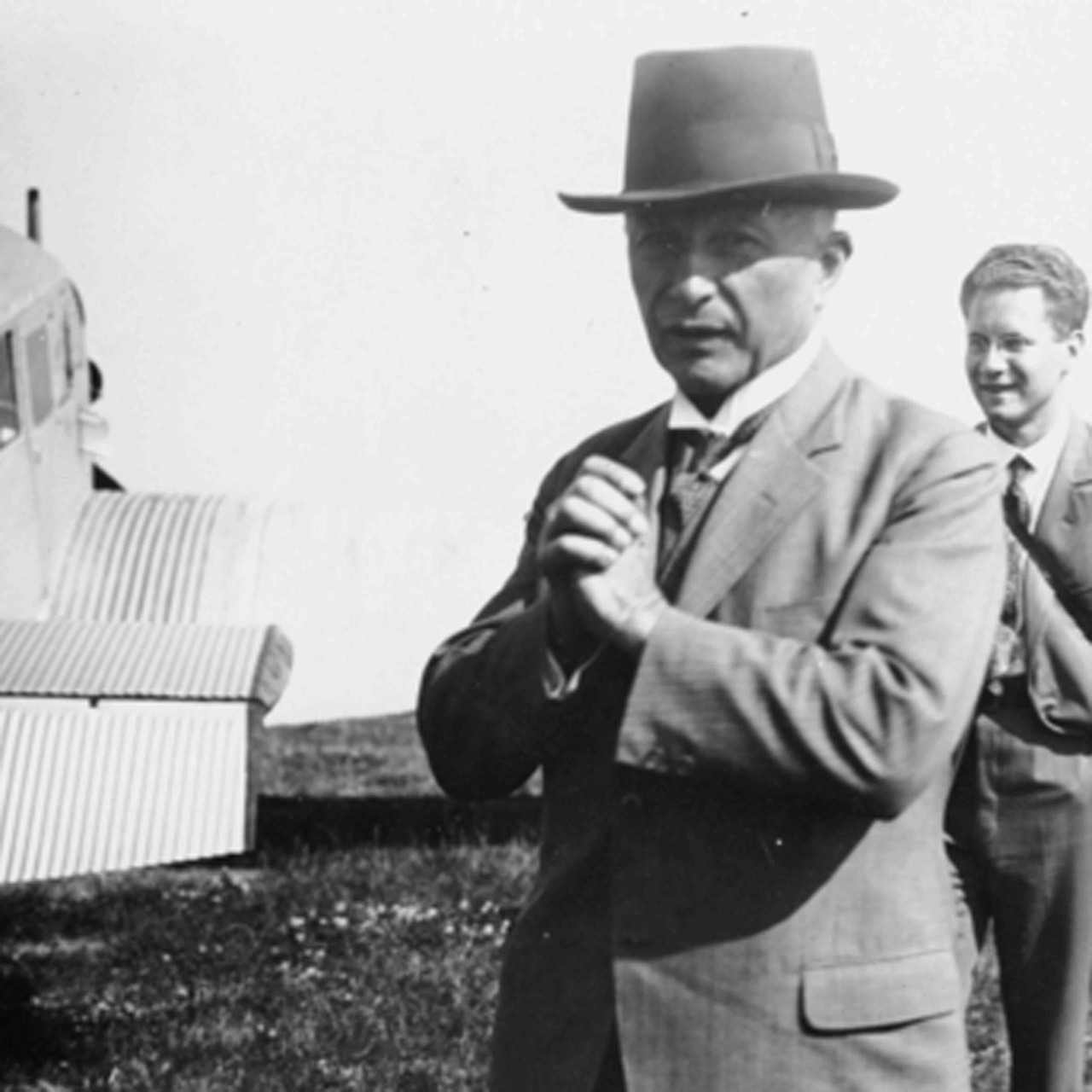 Hugo Junkers was a German engineer and businessman. In 1919, he founded the Junkers works in Dessau, where the first all-metal airliner, the Junkers F 13, was built.

Another model, the Ju 52, also went into serial production and became the most widely produced airliner in the world at the time. Junkers also established the airline Junkers Luftverkehr, which subsequently merged with Deutsche Aero Lloyd to create Deutsche Luft Hansa. Junkers was dispossessed by the Nazis. The Junkers works were transformed into a major arms company against his will. 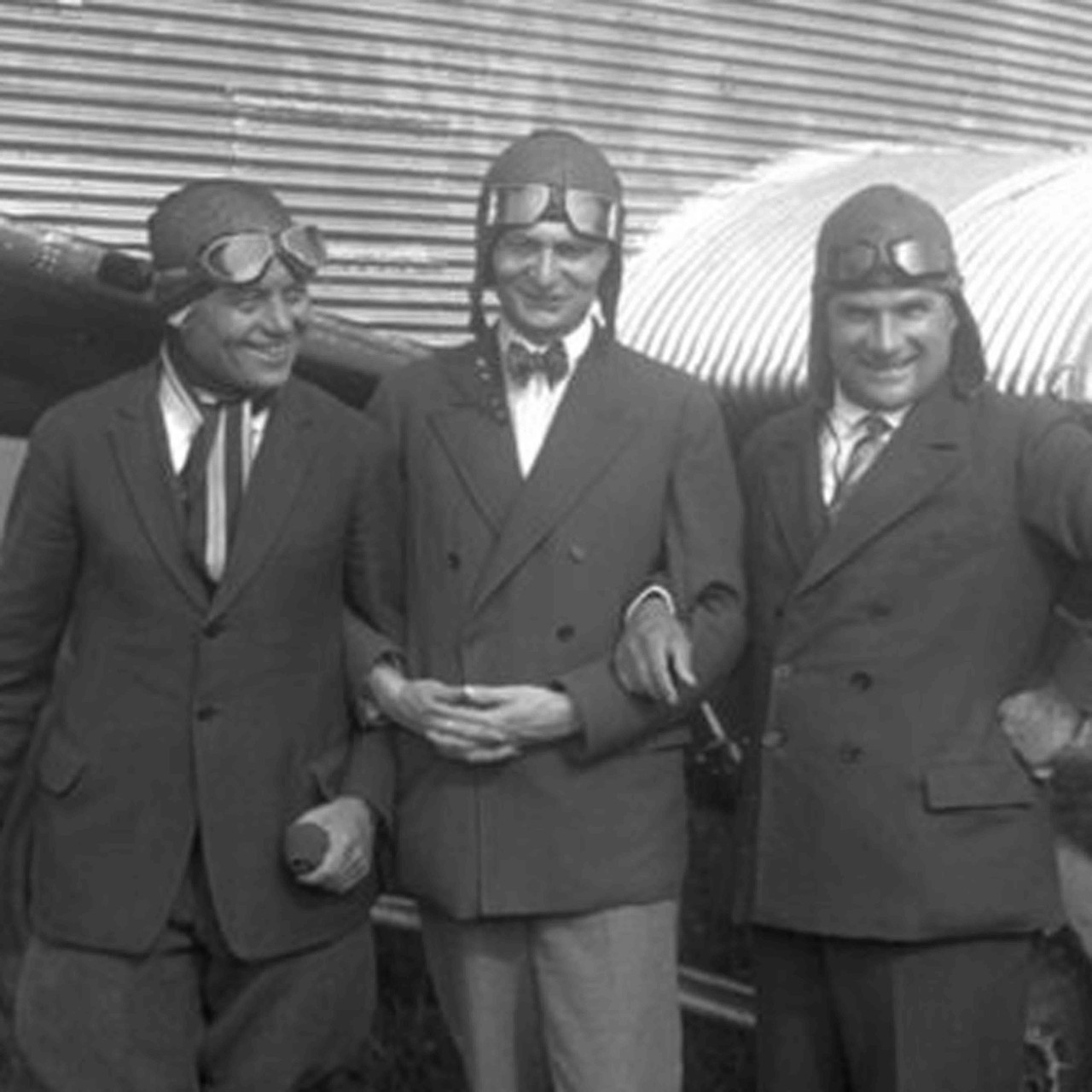 Hermann Köhl was a pioneering German aviator. He worked as a military pilot in the First World War before becoming Head of the Night Flight Branch for Luft Hansa at Tempelhof airfield.

His greatest moment came in 1928, when Köhl became the first pilot to cross the Atlantic from east to west in an engine-powered plane, flying the Junker W 33 Bremen. It took him 37 hours to reach the coast of Canada. Köhl was awarded the highest American honour for pilots – the Distinguished Flying Cross – for the transatlantic flight.

Arthur Müller was a building contractor involved in creating Germany’s first airfield for engine-powered planes in Berlin-Johannisthal. As its operator, Müller helped to establish the site as the focal point of German aviation. Müller held the first International Aviation Exhibition (ILA) at Berlin-Johannisthal. In 1910, he commissioned the construction of a Parseval airship hangar. Because Arthur Müller was a Jew, his family was dispossessed and expelled. The Nazis concealed his contribution towards the development of aviation.

Hans Joachim Pabst von Ohain was a German-American inventor and physicist. As the son of an officer from Dessau, he developed a new kind of propulsion for the world’s first jet aeroplane in the 1930s. Ohain’s idea revolutionised aviation. His turbo jet engine marked the end of propeller aircraft and the start of the jet era. The world’s first jet – the Heinkel He-178 – took off from Rostock airfield in 1939. Ohain’s successful career as a scientist continued in the USA after the war. 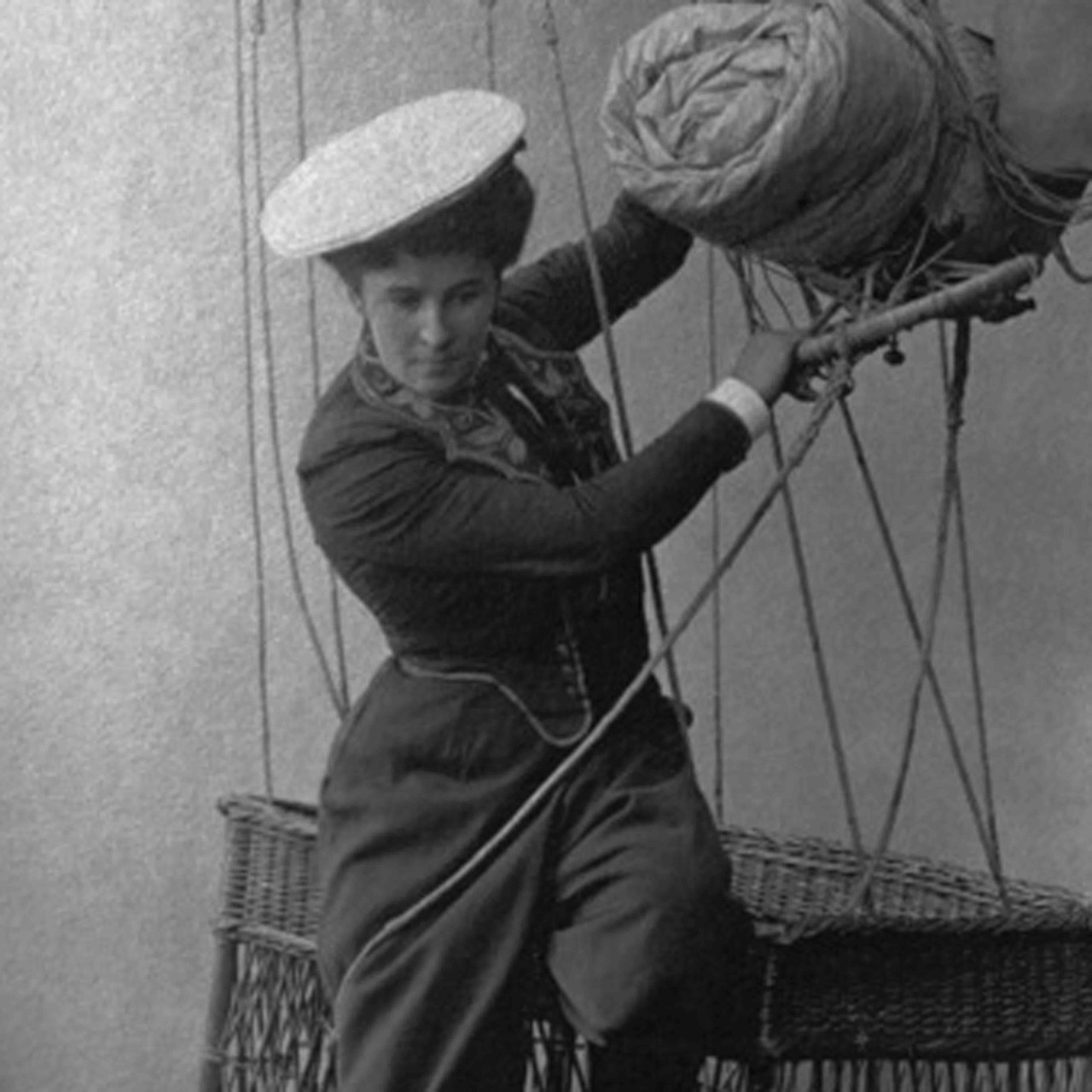 Katharina “Käthe” Paulus was a German aerial acrobat who is credited with inventing the folding parachute (knapsack parachute). She was the first German woman to parachute out of a hot-air balloon.

Fate was unkind to her on more than one occasion. Her partner fell to his death during a ballooning experiment and her young son died of diphtheria. After recovering from a period of paralytic shock, she began performing her aerial acrobatics again by the name of Miss Polly. She completed more than 165 parachute jumps in her life.

Walter Rieseler was a German aircraft developer. Once he had gained his pilot’s licence, he opened a flying school at Berlin-Johannisthal airfield and trained other pilots. Later on, he developed his own planes, including the Rieseler Parasol R III sport aircraft, which was the first private and sport aircraft to be built under licence. Rieseler was also dedicated to designing helicopters. His work in this field included developing the R1 helicopter for the German Department of Aviation, which was the first helicopter with rigid, contra-rotating coaxial rotors. 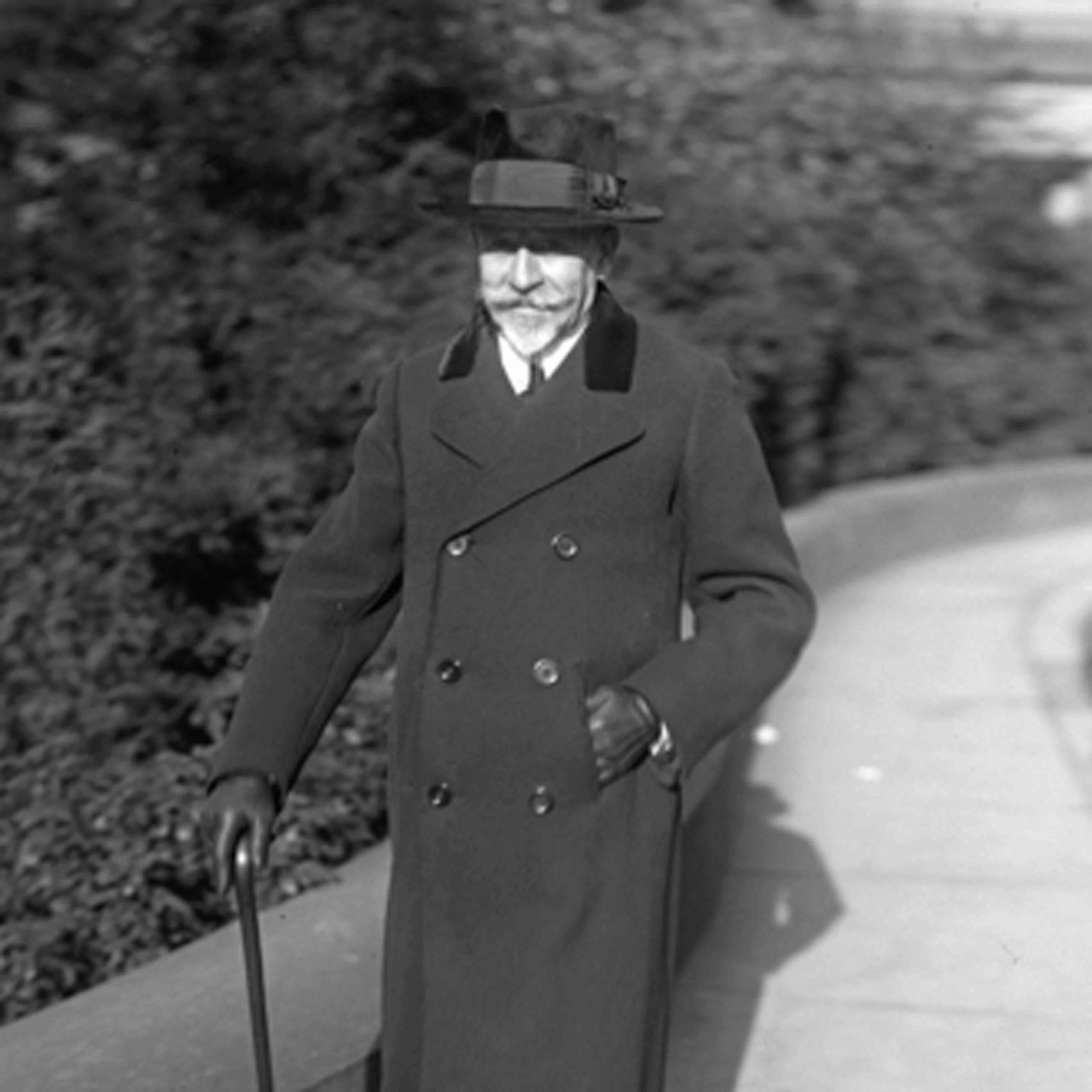 Georg von Tschudi was a pioneering German aviator who also did a great deal to promote German air travel. His greatest achievement was managing Germany’s first International Aviation Exhibition (ILA) in Frankfurt. Opened in 1908, the exhibition was the world’s largest air show at the time.

In 1910, Tschudi became manager of the airfield in Berlin-Johannisthal, where almost all the major aircraft manufacturers were based. During the First World War, he commanded the Reserve Flying Unit. Tschudi published a book about his life shortly before he died.

Georg Wulf was a pioneering German aviator. Even as a boy, he was so passionate about flying that he liked to spend his time making model aeroplanes instead of going to school. He left school before completing his final exams to work with the aircraft designer Henrich Focke. Together with Focke, he established an aircraft factory where the two men built a monoplane. This was the precursor for Focke-Wulf’s first light aircraft to go into serial production. Wulf’s passion for flying cost him his life: he crashed during a test flight in 1927. 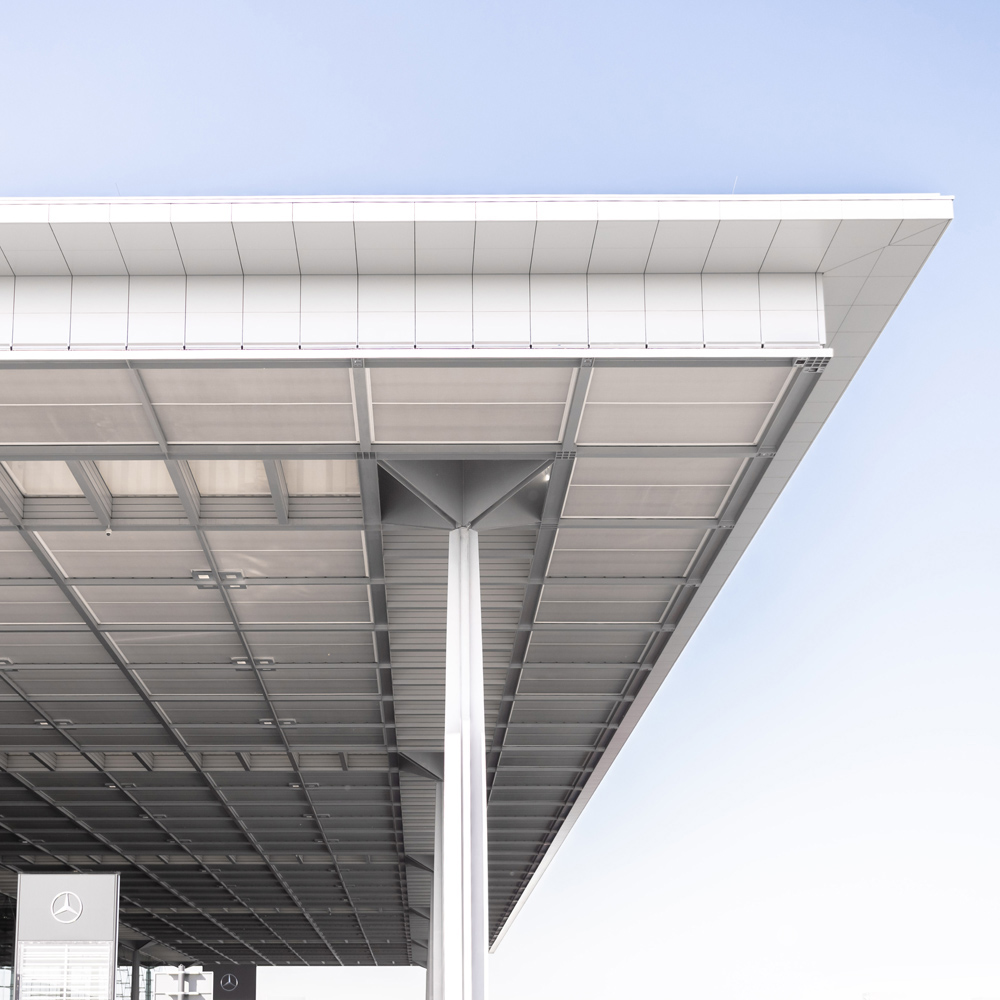 All news at a glance