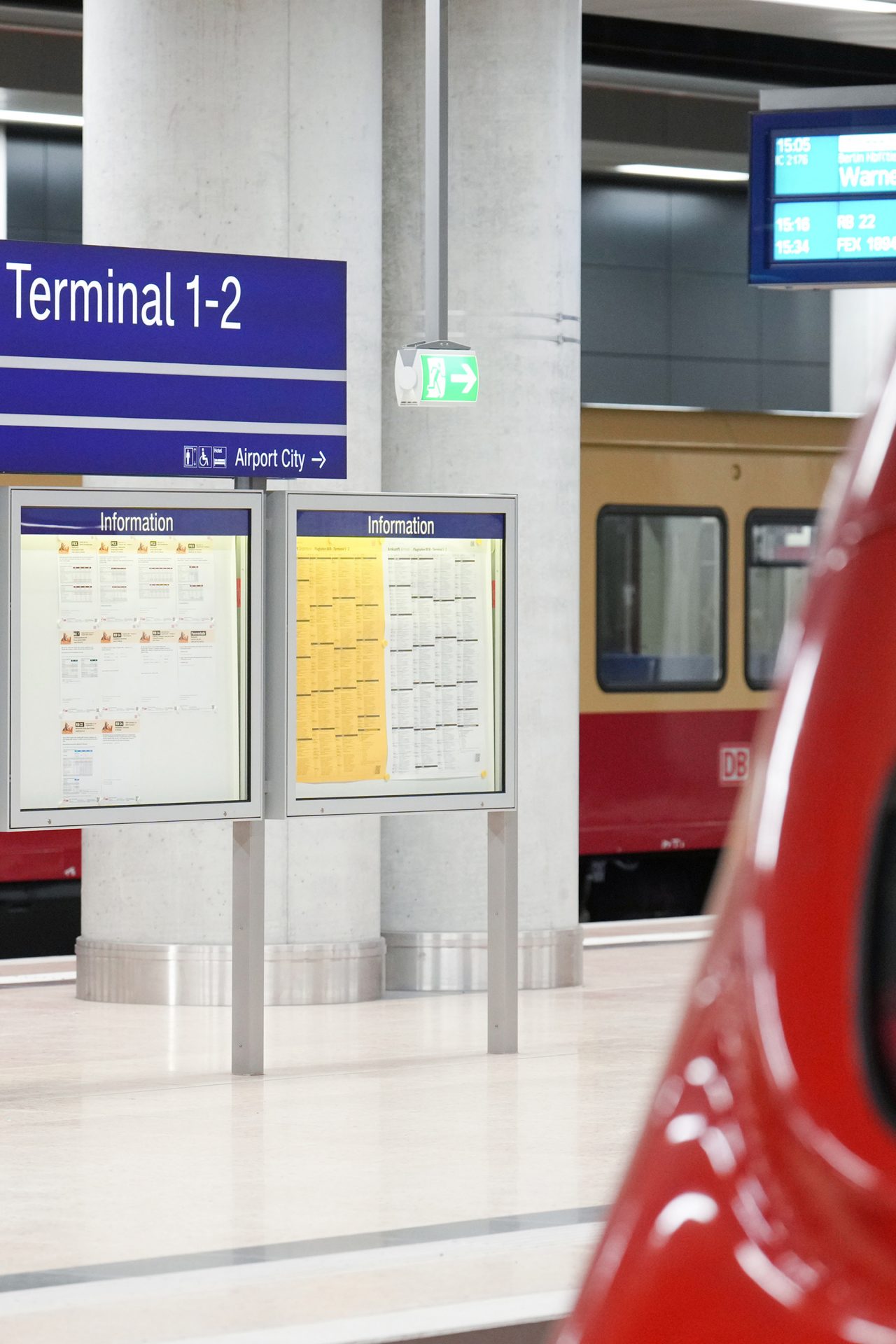 Better connections by train to BER

Berlin Brandenburg Willy Brandt Airport will be better connected by train from next Sunday, 11 December. The change to the public transport timetable means that BER is accessible around the clock with the RE8. An hourly regional connection will be added between Berlin-Charlottenburg and Terminal 1-2 between around midnight and 3 am on the Berlin metropolitan railway via Berlin Hauptbahnhof, Alexanderplatz and Ostkreuz. There has been no public transport connection to BER during this time.

There are also two new direct connections to the airport. The ODEG’s RE8 will run daily between Terminal 1-2 and Wismar via Wittenberge and Schwerin, the capital of Mecklenburg-Western Pomerania, following Sunday’s route change. From 11 December, the RB32 will connect BER with Ludwigsfelde every hour during peak times; the town can be reached from the airport in just under 15 minutes.

Although BER’s Terminal 5 will not be put back into operation, the current station “Flughafen BER – Terminal 5 (Schönefeld)” will be reincorporated into the regional rail network. From Sunday, the RB24 and RB32 will start operating to Terminal 5 via Berlin-Lichtenberg. Terminal 1-2 can be reached from the station in ten minutes by suburban train (S-Bahn) or bus.

Passengers will also enjoy greater comfort once the winter timetable comes into force: there will be a more trains running on various routes. Longer and more modern trains are also being used. The carriages are better equipped than before with Wi-Fi, plug sockets and passenger information screens.

Reaching BER by bus and rail.