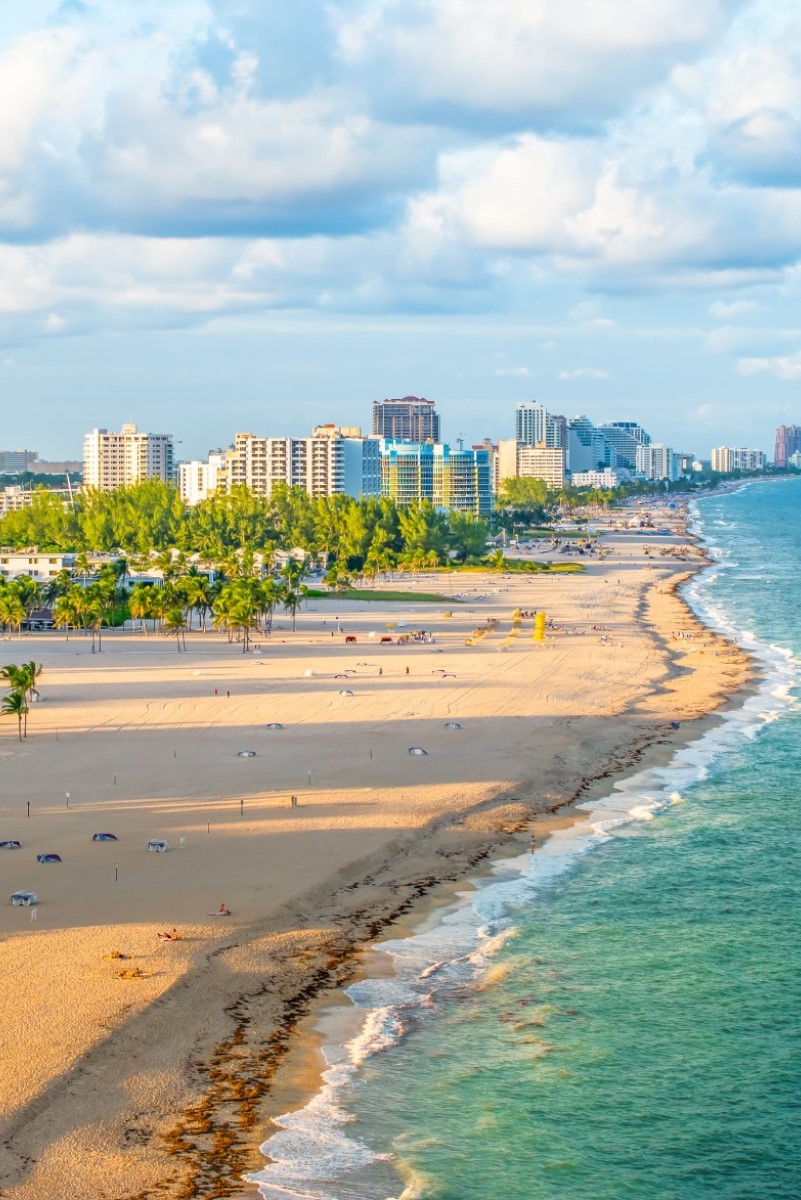 Off to Fort Lauderdale

From 7 December 2022, Norse Atlantic Airways will fly three times a week to Fort Lauderdale in the USA. Every Wednesday, Friday and Sunday, the Norwegian airline’s Dreamliners will take off for the Sunshine State Florida. Fort Lauderdale, nicknamed the “Venice of America” is the Norwegian airline’s third destination in the USA from BER. The connection to New York JFK Airport began on 17 August 2022. The long-haul service to Los Angeles will be on the airline’s schedule from 19 August 2022. This means that Norse Atlantic Airways connects the capital region with three important US destinations on the USA’s East and West Coasts, which is interesting for both tourists and business travellers alike. As with the routes to New York and Los Angeles, the new connection will be flown with modern, spacious Boeing 787 Dreamliners, which seat 338 passengers. Flights can be booked now via the flynorse.com website.

Fort Lauderdale-Hollywood International Airport (FLL) is located between the two cities of Fort Lauderdale and Hollywood in Florida and about 40 kilometres from Miami. It is very well connected to public transport and to all three cities via the Interstate Highway I-95.

Particularly in the winter months, Fort Lauderdale is a popular destination for sun-seekers, adventurers and those who want to take it easy thanks to its mild, mostly summer temperatures. The city attracts visitors with endless beaches, palm trees along kilometre-long seafronts, diverse water sports and an abundance of canals that are best explored by water taxi. It boasts villas and yachts, and offers shopping, culture and vibrant nightlife. The glittering metropolis of Miami and the wilderness of the Everglades are just a short distance from Fort Lauderdale. 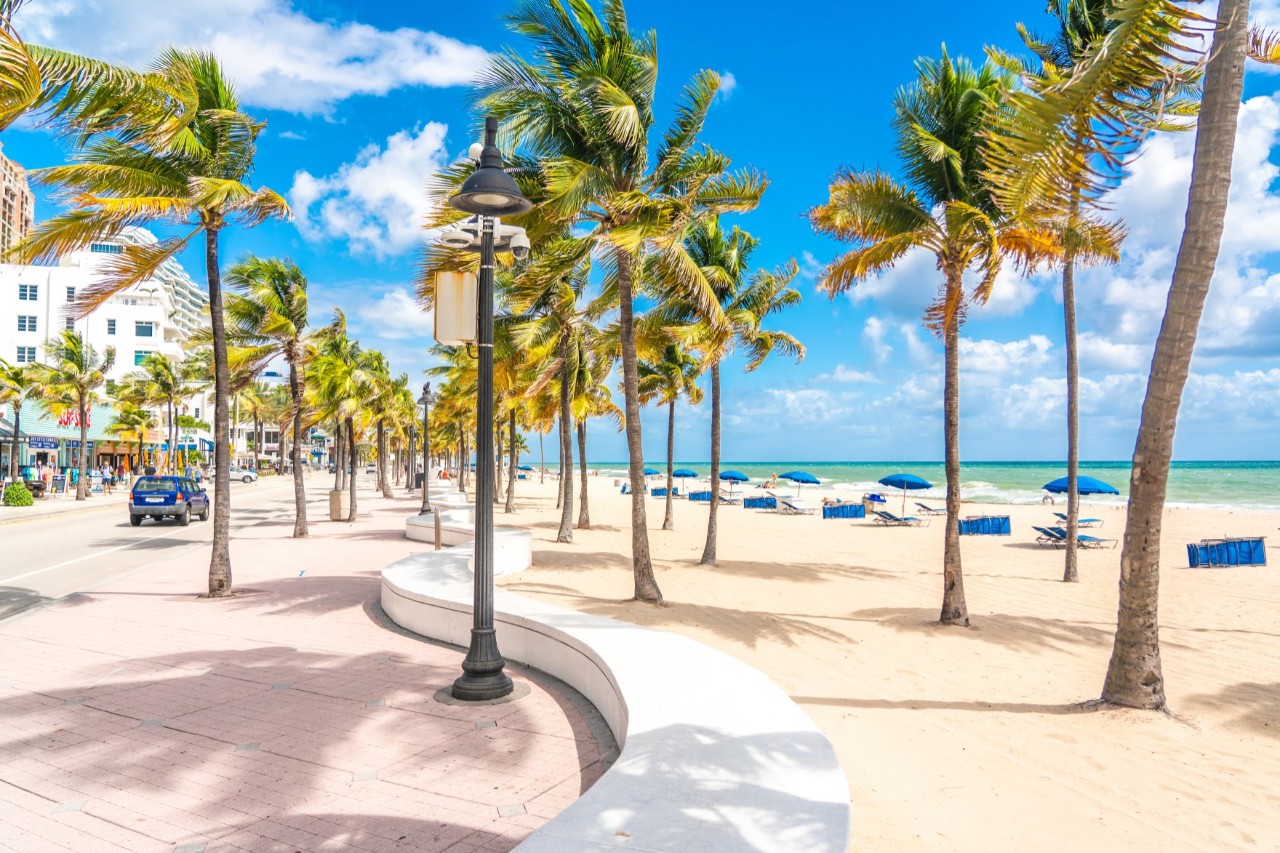 Fort Lauderdale’s popular beach front invites you to take a walk and relax. At the same time, it’s a magnet for athletes and water sports enthusiasts.. © Mariakray / Adobe Stock 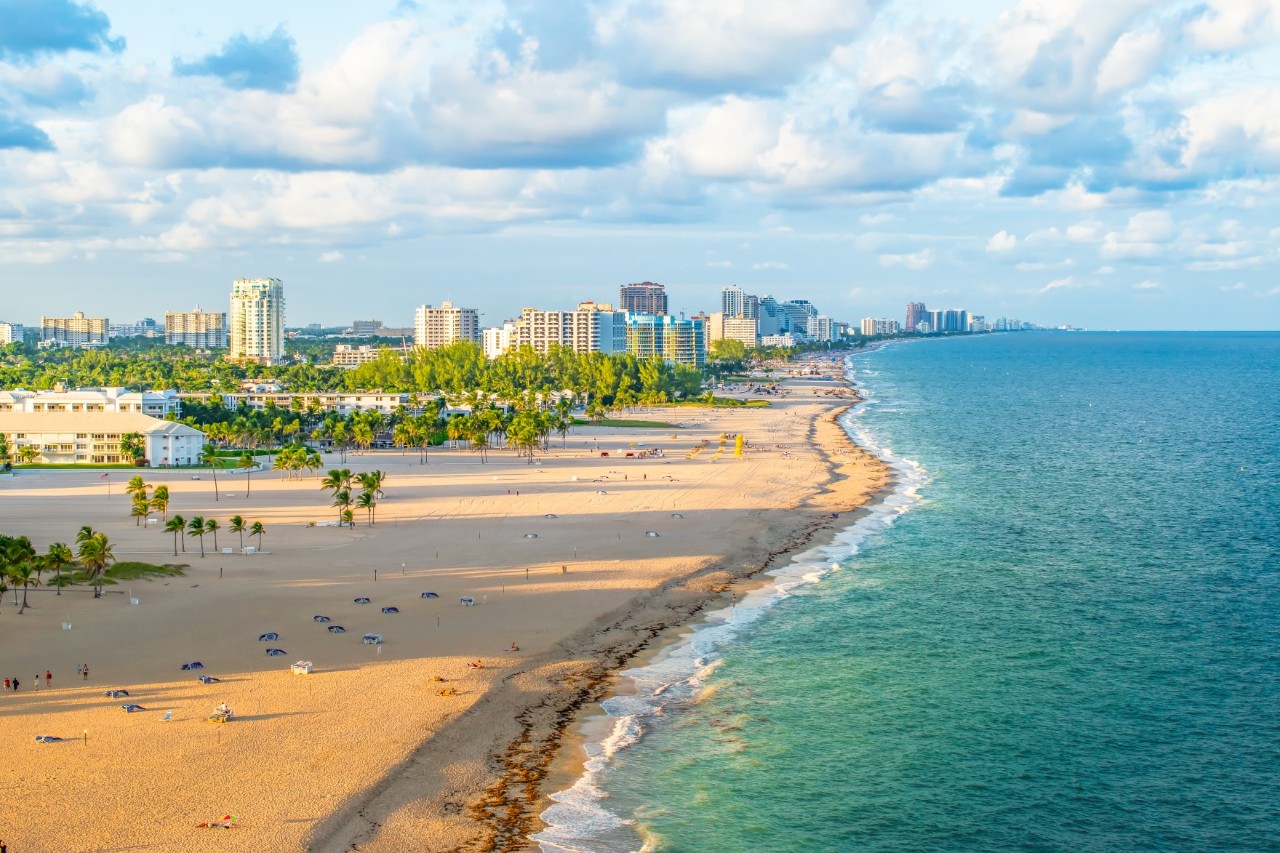 The kilometres of beaches in the greater Fort Lauderdale area are famous for their beauty. It’s worth exploring the different beaches since the Atlantic shows different sides. © napa74 / Adobe Stock 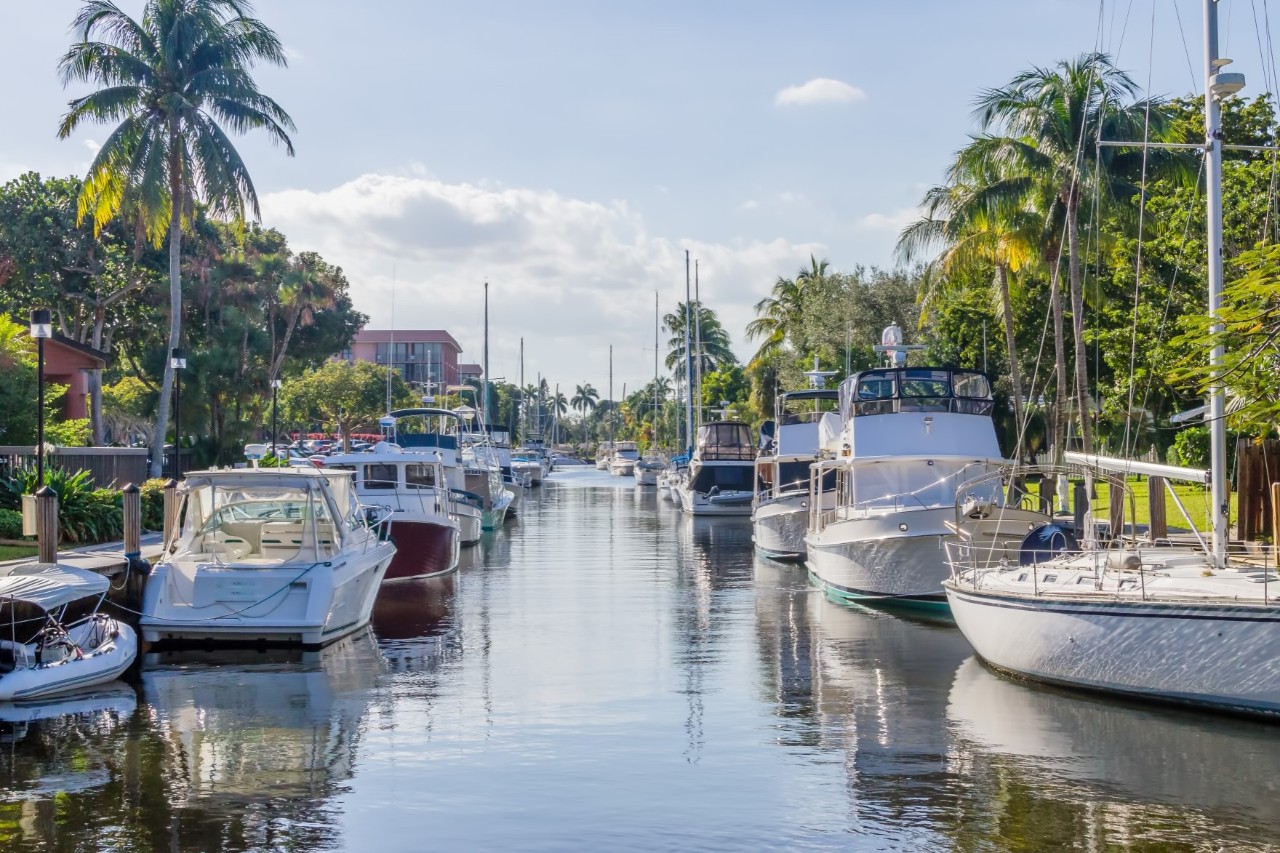 The city is nicknamed “Venice of America” because of the many canals that run through it. The best way to explore them is by water taxi. © rceron69 / Adobe Stock 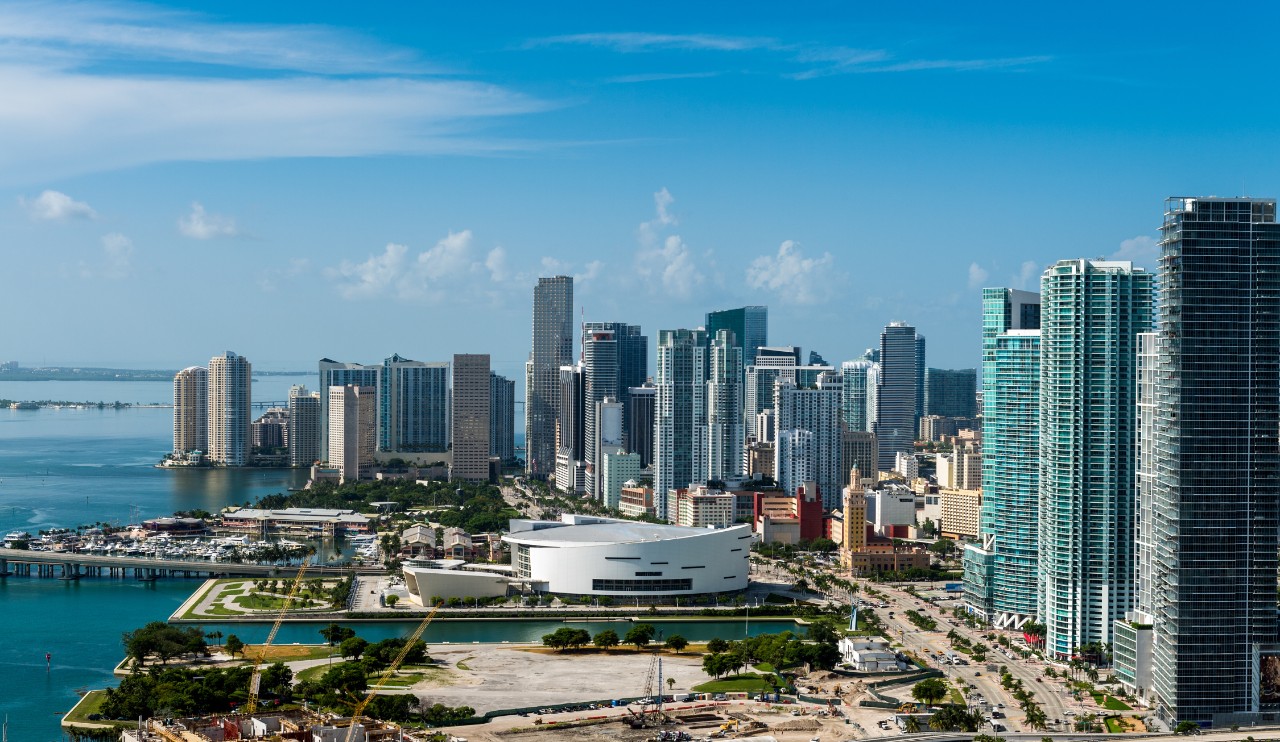 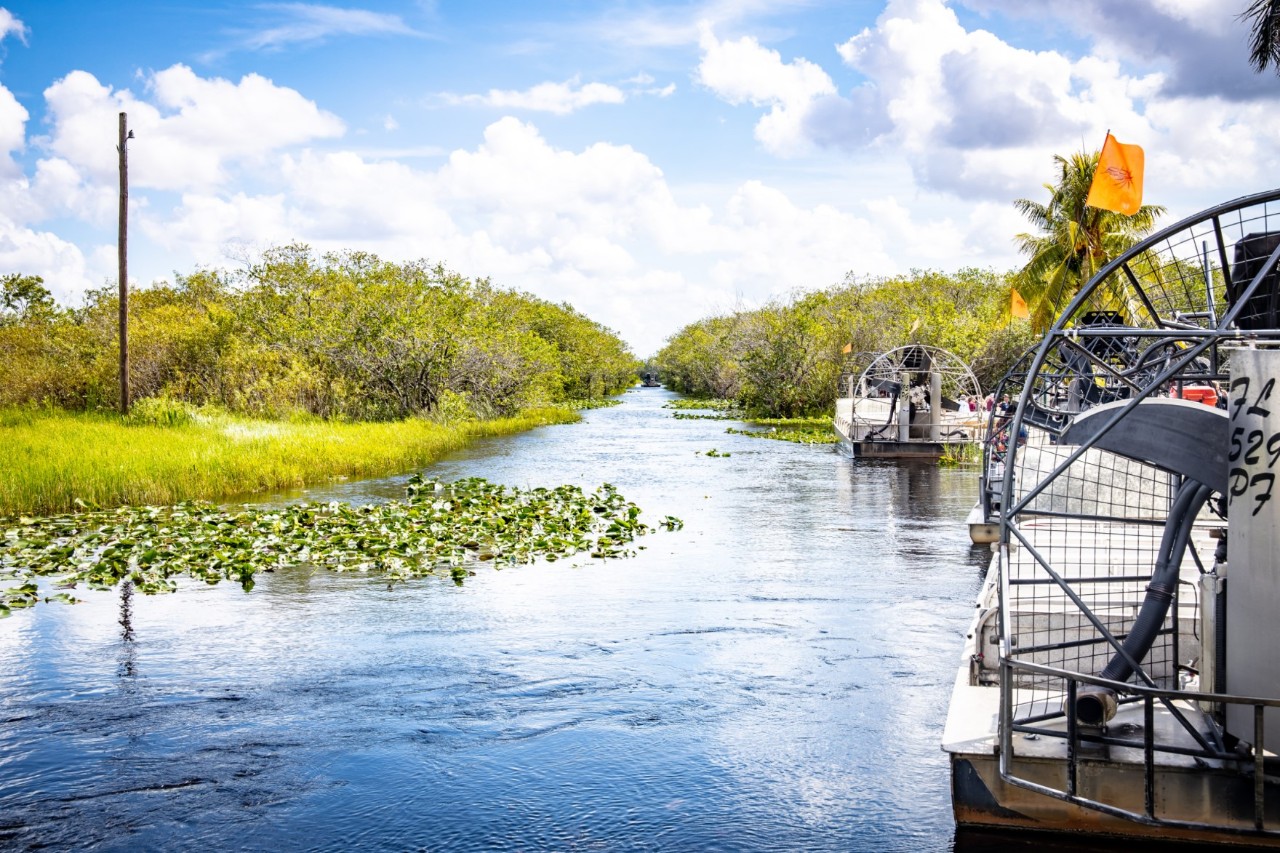 The Everglades are easy to reach from Fort Lauderdale. A hovercraft is a good way to explore the swamp. © rceron69 / Adobe Stock