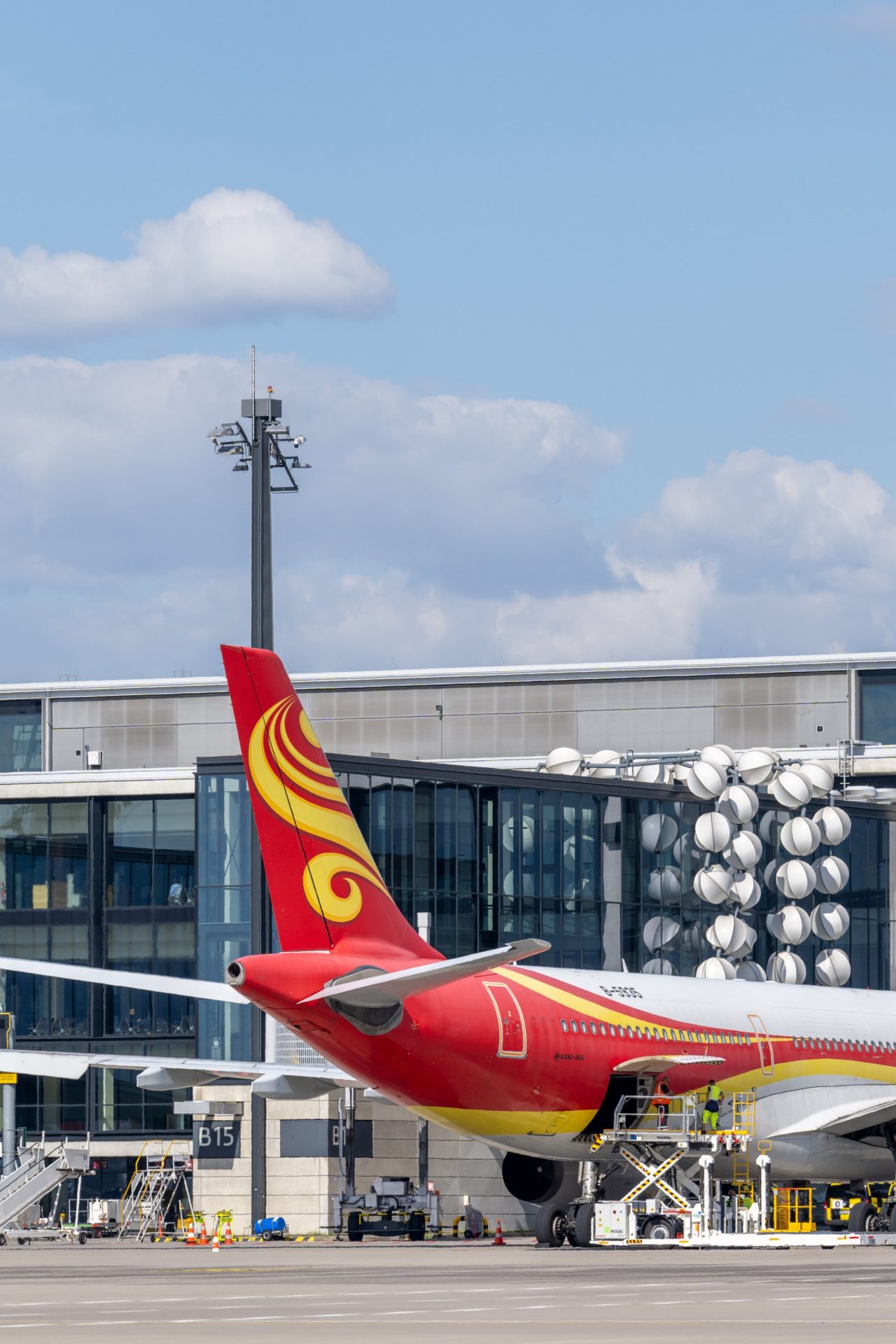 From BER to Beijing

Welcome back, Hainan Airlines! The Chinese airline now connects Berlin-Brandenburg with China again. The long-haul route BER - Beijing is on the BER flight schedule once a week, on Fridays. From Beijing to BER the connection is flown nonstop. Due to Chinese infection control regulations, a stopover at Dalian Zhoushuizi Airport is scheduled in the opposite direction before arriving in Beijing. In the port city of Dalian, passengers must expect an eight- to ten-day quarantine stay, depending on entry regulations. Tickets for flights to and from BER are available on the airline’s website and from travel agencies.

The route is flown by Hainan Airlines, which is one of the ten best airlines in the world (Skytrax ranking), with an Airbus A330. The aircraft provides passengers with 260 economy class seats and 32 business class seats. Depending on the booking class, the airline offers its guests the use of the priority lane and access to the Lounge Tempelhof at BER.

Travel between the two capitals will be easier thanks to the resumption of scheduled routes between BER and Beijing. Entry into the People’s Republic of China is also subject to visa requirements and infection control regulations. Up-to-date travel advice can be found on the Chinese Embassy in Germany’s website at http://de.china-embassy.gov.cn/det/.